Drivers with 12 or more penalty points should not be able to use ‘exceptional hardship’ as a loophole to get out of a ban – even if they could lose their job as a result of not being able to drive. 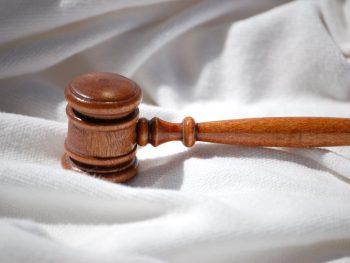 The call comes from the Sentencing Council, which has launched a public consultation on its proposals as it warns that all banned drivers are likely to suffer some form of ‘hardship’ and that the courts must have evidence of exceptional hardship for drivers to avoid orders of disqualification.

At present, drivers who receive 12 or more points on their licence within a three-year period face at least a six-month driving ban, however they can avoid disqualification if they successfully claim that not being able to drive would cause ‘exceptional hardship’. According to DVLA data obtained by Brake, as of December 2019, more than 10,000 drivers in Great Britain were permitted to drive despite having 12 or more penalty points on their licence – although this figure is likely to include drivers who have previously been disqualified.

The charity is backed by drivers; three-quarters (75%) of respondents to a survey said they do not think that it is right that some drivers who accrue 12 points should be let off a driving ban.

Joshua Harris, director of campaigns for Brake, said: “Far too often drivers who have been caught repeatedly breaking the law are let off a deserved ban by using the excuse of ‘exceptional hardship’, often for pitifully inadequate reasons. These are dangerous repeat offenders who have been granted ample opportunity to change their driving behaviour yet continue to put lives at risk through their complete disregard for the law. If drivers who rack up 12 points aren’t banned, it undermines, and makes a mockery of, the entire system.

“The proposals from the Sentencing Council are a positive step towards closing the ‘exceptional hardship’ loophole and our research shows that the vast majority of drivers support such a move. Driving is a privilege, not a right; and if that privilege is not exercised responsibly, it should be taken away, no matter how inconvenient.”

It’s an ongoing issue that IAM RoadSmart also warned about in spring 2019; the road safety charity has previously called for closer working between the courts and the DVLA so that where ‘exceptional hardship’ has previously used as an excuse for not losing a licence, the reason for this plea should be recorded so the driver cannot use the same excuse twice

The Sentencing Council consultation runs for 12 weeks from 22 January to 15 April 2020.