New evidence of the pollution caused by brake and tyre particles could bring further use of congestion charging as well as other measures to encourage drivers to other modes of transport and promote eco driving. 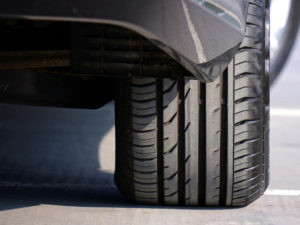 The call comes from respondents in the Government’s brake, tyre and surface wear call for evidence, the results of which were published today (11 July 2019).

Announced earlier this year, the call for evidence comes on the back of the final Clean Air Strategy published in January 2019, which set out that the Government is looking to address toxic non-exhaust particulate emissions from vehicles which include micro plastics and can pollute air and water, including by working internationally on ways to measure these emissions and to develop standards to control them.

The call for evidence – which received 54 responses, 14 from individuals and 40 from organisations representing business, public bodies and academia – sets out that as exhaust particulate matter from petrol and diesel vehicles declines as drivers switch to electric vehicles, the non-exhaust component will increase in importance, growing from less than 8% of national emissions in 2017 to 10% in 2030.

And in fact exhaust particulate matter from petrol and diesel vehicles is already estimated to be a smaller source than non-exhaust PM due to the switch to EVs and is expected to be less than 10% of total road transport PM by 2030.

The research also suggests that electric vehicles could actually bring increased tyre and brake pollution due to their heavier weight, although some respondents said anecdotal evidence suggests there would be a reduction in emissions where regenerative braking is used.

The call for evidence also asked for suggestions on how to tackle the issue, with congestion reduction measures listed as a common response, such as congestion charging and smarter use of roads through active traffic management systems. Additionally, encouraging flexible working and better transport logistics to reduce the number of journeys were also proposed.

Meanwhile several responses highlighted how a shift to other modes of transport would reduce car journeys and therefore pollution, without any other changes to brake and tyre technology, or driving behaviours. Key suggestions included promoting the use of public transport, the improvement of infrastructure to promote walking and cycling and improving legal frameworks protecting vulnerable road users from motorised traffic (such as cyclists).

Other suggestions including promotion of better driving styles; with figures indicating that 30% of tyre wear could be attributed to driving style, a move to incorporate ‘eco’ driving into standard driver training and custom courses was mentioned as a good means of reducing non-exhaust and other emissions, along with downsizing vehicles.

Commenting on the responses, Environment Minister Thérèse Coffey said: “The documents published today make clear that it is not just fumes from car exhaust pipes that have a detrimental impact on human health but also the tiny particles that are released from their brakes and tyres.

“That is why an ambition of our Clean Air Strategy is to address all sources of particulate matter, including those from transport. Today’s research goes a long way in helping us better understand the problem.

“Emissions from car exhausts have been decreasing through development of cleaner technologies and there is now a need for the car industry to find innovative ways to address the challenges of air pollution from other sources.”

Mike Hawes, chief executive of the Society of Motor Manufacturers and Traders, also commented on the findings:  “The automotive industry is committed to improving air quality and has already all but eliminated particulate matter from tailpipe emissions. Brake, tyre and road wear is a recognised challenge as emissions from these sources are not easy to measure.

“A United Nations global group, including industry experts and government, is working to better understand, and agree how to measure, these emissions. Maintenance of the road surface, as well as further investment in new vehicle technologies, is essential to reducing these emissions, without compromising safety and we welcome further research in this area.”