Audi is launching a new Citycarver version of its A1 supermini to bring offroad appeal to the line-up. 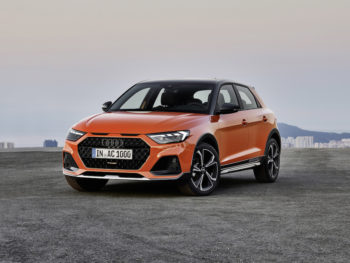 The Audi A1 Citycarver

Following in the footsteps of models such as the Ford Fiesta Active, the move sees the A1 gain more rugged styling and increased ground clearance to position it more as an urban crossover.

Available to order in the UK from September in conjunction with the 116hp 1.0 TFSI and 150hp 1.5 TFSI petrol engines, the A1 Citycarver builds on the standard model with underbody protection, contrasting wheel arches and side sills, larger 17-inch alloys, roof-edge spoiler and raised suspension, giving around four centimetres of additional ground clearance. The front-end gets a revised octagonal version of the Singleframe grille while the rear gains a new-look bumper.

Drivers also have the choice of nine paintwork colours and a contrast roof in grey or black.

Deliveries of the A1 Citycarver start in the autumn.