The City of London Corporation has banned the leasing or purchase of new diesel vehicles for its 300-strong fleet under a new procurement policy. 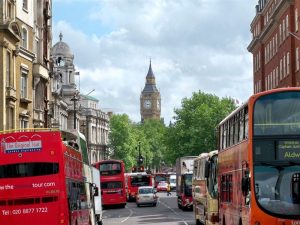 The public authority is also encouraging businesses to limit deliveries in the Square Mile and is promoting the use of hybrid electric cars.

The move has been welcomed by the LoCITY industry-led programme, which was launched in January 2016 to lower emissions from commercial vehicles in London. It is helping organisations including the City of London Corporation – which is a LoCITY Champion, the 32 London boroughs and the Capital’s businesses improve air quality by supporting them in switching to cleaner vehicles.

Fergus Worthy, project manager for LoCITY, said: “The City of London Corporation is leading the way in helping to reduce emissions and improve air quality for all Londoners, so we welcome its decision not to acquire any more diesel vehicles where a non-diesel alternative is available.

“As a LoCITY Champion, the Corporation is setting a great example for other local authorities, businesses and operators to follow.

“I would encourage anyone interested in following its lead by changing their own procurement processes to get in touch with LoCITY and benefit from our advice, Working Groups and resources.”