Citroen sees a continued role for large saloons in its range, despite a planned cull of its market-specific models over the coming years as it looks to create a global line-up. 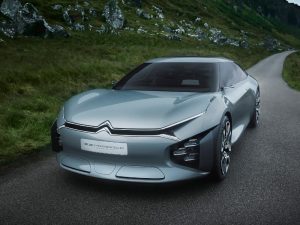 Citroen will have eight models, all available globally and including a saloon positioned above the C5.

CEO, Linda Jackson, said the company is cutting its line-up from 15 versions to eight over the coming years, all of which will be offered worldwide, but it isn’t planning to limit itself to small cars, despite recently discontinuing the C5.

The priority, she explained, is to launch an SUV. A production version of the Aircross concept car, shown last year, will be available globally from 2018 and built in France. But this won’t be at the expense of a non-SUV product positioned above the C4; the CXperience show car is said to be a test of the concept.

“I think it’s true to say, when we talk about having segments from A to D, I’m not going to create an E-segment large car. The size of the market is miniscule. So we’re looking at something that bridges the C/D segment, that’s important for us,” she explained.

“If we were to produce a replacement for the C5, I’m not sure of its success. We can see customers of that type of vehicle are going towards SUV or trading down to a smaller car. Just creating a traditional saloon, for Citroen, is not the right thing. What we’re looking at is to try something slightly different which is about not being traditional.”