The French manufacturer, celebrating its century this year, has shown the second element of its future mobility, its futuristic 19_19 concept at the Viva Tech show in Paris. 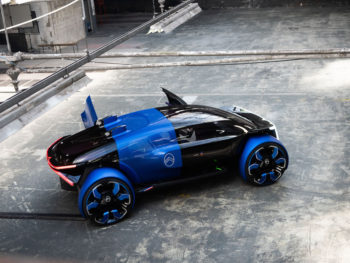 The first element, the Ami One Concept, which debuted at this year’s Geneva Motor Show, focused on urban mobility. The 19_19 concept carries on from here, offering long-haul mobility to all these people live in the city, as a means to escape.

Citroën believes, that in the future these people won’t take a flight due to C02 implications, so instead they will make very long-haul drives and the 19_19 Concept is the answer. How? Well, according to Arnaud Belloni, Citroën’s Global Marketing and Communications Senior Vice President, “These users will not accept electric vehicles that will have to be plugged in mid travel, so you need to rework the trip.”

So, the 19_19 would boast a long electric range, be autonomous on demand and driven by artificial intelligence. “It’s also highly comfortable, respecting the DNA of Citroën, plus you’ve got a floating cabin and the technology coming from aircraft.”

Inside, the interior is designed as a saloon, but there are individual seats, and the bench at the rear is designed like a comfortable sofa.

To emphasise the comfort of the 19_19 Concept, Citroën have worked with Goodyear on those massive 30-inch wheels for the tyres. Made of up of layers of rubber, apparently there are lots of patents pending on this completely new generation of tyres.

Although a production version of the 19_19 Concept is a way off, it would be link through to the AMI ONE’s 5 minutes, 5 hours, 5 days or full ownership prospect – this will be the same as those for production electric models going on sale next year.

So far Citroën has shown two mobility visions, as part of its centenary celebrations. However, Arnaud told me they are working on one further third pillar for next year, which he described “as a step further.”