Citroën has taken the wraps off its new five-door C3 supermini, which goes on sale from the end of this year and brings revamped styling and new technologies including an onboard HD camera.

Built on the PSA Group A platform, the new model is slightly longer and wider but lower than the current model, with a length of 3.99m, width of 1.75m and height of 1.47m, bringing increased shoulder room for rear passengers, while rear legroom is said to be top-level too. Boot volume remains the same at 300 litres.

Styling draws on the C4 Cactus with the inclusion of its Airbump panels and also allows for personalisation with a two-tone paint option, with a choice of three colour schemes for the roof, fog lights, door mirrors, rear quarter panels and Airbump panels. 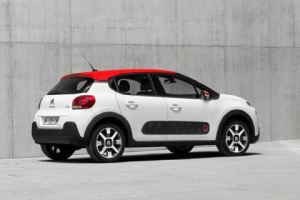 The interior offers a choice of four different schemes and also a panoramic glass sunroof option, a 7-inch touchscreen and a keyless entry and start system.

Onboard technologies include the debut of the ConnectedCAM on-board HD camera. Featuring GPS and a 16 GB internal memory and fitted just behind the rear-view mirror, this not only allows drivers to share their road-trip photos and videos directly with friends and family but in the event of vehicle impact, the system switches on automatically to record and save, providing evidence following an incident. It can also be used to geolocate the vehicle and store the position so that drivers can find it easily. 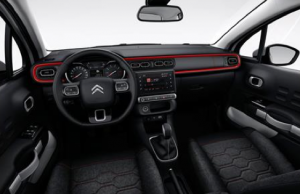 Also available is the Citroën Connect Box with SOS Pack, which connects the driver with a specialised assistance service. In the event of accident, a message is sent with the vehicle identification, driver phone number and precise geographical location details.

Citroën CEO, Linda Jackson, said: “The new C3 has all the Citroën values and all the qualities to give the brand new impetus, which is especially important as the previous model accounted for almost one in five sales in Europe. A comfortable car with real personality, it is set to appeal to new customers looking for a modern car with character.”