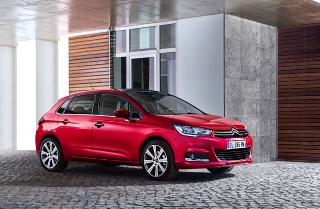 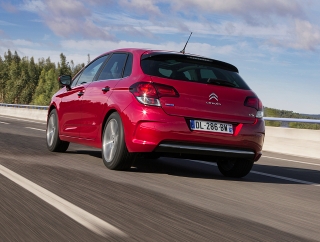 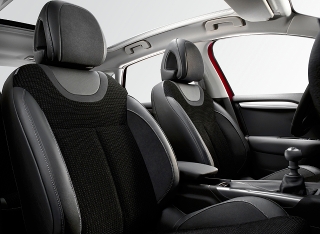 The interior styling has also been subtly updated and brings new upholstery materials and a simpler dashboard featuring a new centrally located 7-inch touchscreen that’s included as standard on top-spec models. Optional massaging front seats are also on offer along with a panoramic glass roof equipped with an electric blind.

The C4 also brings new technologies with the introduction of hands-free keyless entry & start whilst trim level names have been rebranded to Touch, Feel and Flair.

The PureTech 130 S&S engine now comes with either a 6-speed manual or the brand’s new EAT6 6-speed automatic transmission named EAT6 and will be priced from £19,445 OTR in top-level Flair specification.

A BlueHDi 120 S&S EAT6 powertrain will be available on Feel and Flair versions from May 2015 production.  It will deliver up to 74.3mpg combined cycle fuel economy and CO2 emissions from 98g/km with ultra-low rolling resistance tyres.