Introducing a driver recharging policy for own-fault crashes may not be popular with HR departments but it does encourage employees to think about their driving. 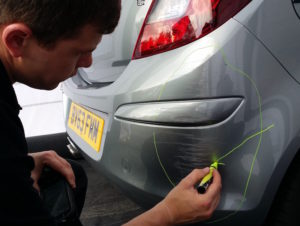 Although the Q&A session made it clear that some fleet managers in the audience were battling with HR departments to introduce a driver recharging policy, Moriarty said: “It makes employees think about what they are doing when they are driving a company vehicle.”

Skanska operates 1,961 company cars, 900 vans and 600 HGVs, has 660 car allowance drivers, 276 occasional drivers and 529 employees who have opted into the company’s ‘green travel’ scheme and use public transport for journeys.

Skanska is currently reviewing options to reduce the cost of own-fault vehicle damage, including the potential to recover costs from employees.

While highlighting that it was “easier to control the risk” in respect of company cars, Moriarty said that all driver and vehicle documentation was “checked by fleet” and until that process was completed employees could not claim any travel-related expenses. “The expenses process is triggered by fleet,” she said.

“The risk is the same no matter what scheme a driver comes under. The ‘grey fleet’ must be viewed in exactly the same way as a company car. A holistic approach in respect of control measures, education and an explanation of the consequences leads to positive outcomes.”

Moriarty added: “All companies are looking at their profit margins. By cutting out vehicle damage you can add a percentage point to your profits.”

Meanwhile Tony Greenidge, business development director at IAM RoadSmart, told delegates that costs which “leak out of a business do so due to a lack of control”.

Arguing that driver training was an investment and not a cost, he explained that observation, anticipation and planning were the three key words to safer driving.

Using industry figures related to a mythical 100-vehicle (80 cars and 20 vans) fleet that clocked up 15,000 business miles per annum per vehicle, was operated on a four-year replacement cycle and suffered an at-fault crash rate of 15%, Greenidge suggested that total unbudgeted costs due to drivers incurring vehicle damage would amount to almost £70,000.

Claiming that the cost of ‘compliance’ via a risk management programme amounted to £5,400, he calculated that the return on investment was more than 12-fold.

Greenidge continued: “If a machine needed upgrading and a business could obtain a 10 or 12-fold return on the investment it would do it. But why is when it comes to drivers, investment is not forthcoming?”