The coronavirus crisis and resultant furloughing has changed how firms are using fleet and workshop software, including a much clearer focus on cost control, according to r2c Online. 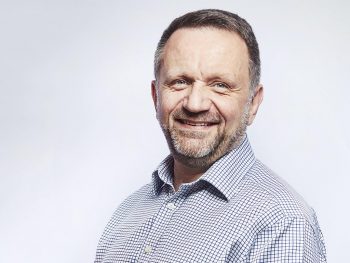 The firm, a leading provider of connected software platforms for vehicle compliance and maintenance management, said noticeable trends has arisen as a result of lockdown, furloughing and rapidly changing business priorities.

Managing director Tim Meadows said there had also been a definite switch in the strategies that users were employing r2c Online’s system to implement, with a renewed accent on cost management.

“Understandably, given current economic conditions, there is clearly a push to contain and reduce fleet and workshop operating costs, and we are seeing the adoption of new measures – and the strengthening of old ones – very much with this in mind.

“All indications suggest that these are developments being driven by furloughing. People are being asked to use our system who are not necessarily familiar with it and they have been requesting assistance in getting to grips with some of the fundamental functions.

“There’s also some anecdotal evidence that our users are juggling more roles than they would normally be undertaking, again showing that fewer people have been working.”

Meadows said that there had even been changes in the internet browsers being used to access r2c Online’s system, with Google Chrome use up by 65% and Internet Explorer down by 6%.

“Chrome is much more widely used in the domestic than business space, while for Internet Explorer, it is the opposite. This reflects how much home working has been going on.”

He added that there had been signs in recent weeks that a process of relative normalisation was now underway and that more users were probably returning to work as usual.

“We’re not expecting there to be a return to pre-coronavirus conditions – that world has gone – but we are seeing something that is probably the emerging new normal, with usage patterns that suggest more people are now in the office, working in their previous roles.”