Changing to new Summer Time system would reduce CO2 pollution by at least 447,000 tonnes each year 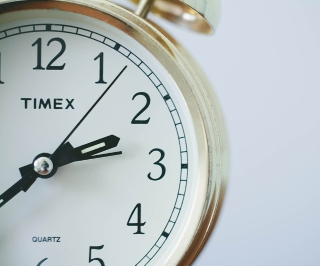 The organisation said a move to SDST – GMT+1 in winter and GMT+2 in summer – would create lighter evenings all year round and result in fewer people being killed and injured in road accidents – research suggests that around 80 deaths and at least 200 serious injuries would be prevented on the roads each year if the UK switched to this system – as well as bringing a host of other benefits.

Tom Mullarkey, RoSPA’s chief executive, said: “We want to offer our heartfelt thanks to Peter for fundraising for us, and for taking up such an important cause.

“We have a duty to protect our children and other pedestrians and road users from death and injury, and we can save more people with such a simple change.

“On top of this, a change to SDST would reduce CO2 pollution by at least 447,000 tonnes each year, increase working-day overlap with Europe and stockmarkets in Asia, and allow an extended tourism season, boosting the sector by an estimated £3bn.”

Other benefits have been highlighted by RoSPA supporter Peter Lowe, from south east London, who will be raising funds and awareness of the Lighter Evenings campaign by living one hour ahead of the rest of the country this week.

Lowe said: “I believe lighter evenings will provide the largest public benefit to the UK since the smoking ban in 2007. As well as the road safety advantages, there would be a much needed boost to the tourism industry, reduced CO2 emissions and synchronized business hours with Europe.

“Crucially, lighter evenings will open up many more opportunities for sport and leisure – helping to fight obesity and save the NHS money.

“I understand people's concerns about lighter evenings, but looking at the evidence, for me the advantages outweigh the disadvantages by a considerable margin. In any case, any clock change would be provisional initially, while detailed research is carried out."

RoSPA’s Tom Mullarkey has also written a blog to answer the many frequently asked questions and comments received in response to the campaign. For more details, click here.