Chancellor’s plans for city devolution to include transport 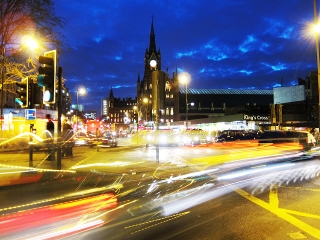 The proposals, which will be included in the Queen's Speech later this month, would build upon the northern powerhouse vision previously announced that is intended to revolutionise Britain's road and rail system through transport improvements.

The move would see cities being able to bid for devolved powers provided a directly implemented mayor was established, with Greater Manchester to be used as a blueprint.

Mr Osborne said: "The old model of trying to run everything in our country from the centre of London is broken – it's led to an unbalanced economy.

"It's made people feel remote from the decisions that affect their lives. It's not good for our prosperity, or our democracy.

"We will deliver the devolution to Scotland and Wales we promised. But today, I can tell you we will go much further – and deliver radical devolution to the great cities of England."

In response Shadow chancellor Chris Leslie said: “Labour supports genuine devolution to all parts of England, as well as to Scotland, Wales and Northern Ireland. But communities have heard promises before and they will be no clearer today about looming decisions on funding.

“Devolution needs to be part of a UK-wide plan, not a series of one-off deals done by the Chancellor. The Government’s piecemeal approach threatens to leave many areas behind.

“In the last Parliament, the most deprived communities were hit the hardest and the North had bigger reductions to local government budgets than in the rest of the country.”

The Freight Transport Association (FTA) has already expressed its view that “Transport rules and regulations should be the same across all UK cities when it comes to delivering goods.”

Christopher Snelling – FTA Head of Urban Logistics and Regional Policy, said:  “Government and proposed new authorities should ensure that operators of freight do not have to face differing rules and regulations in order to deliver goods in different cities.”

Snelling added: “FTA has concerns over the future role of elected Mayors in these authorities. Personality politics can lead to actions led by political image concerns rather than good policy making processes.”

He concluded: “Funding to improve transport within our cities is vital and any commitment in that direction is welcomed by FTA. Cities rely on thousands of tonnes of freight brought every single day to continue to function. The more efficiently it moves, the more you reduce the cost of living or of doing business.”