Chancellor urged to ‘play fair with motorists’ in Autumn Statement

The Chancellor is being called on to pay heed to motorists’ needs in today’s Autumn Statement by freezing fuel duty beyond April 2017, leaving the level of Insurance Premium Tax (IPT) unchanged, and reconsidering its plans for Vehicle Excise Duty. 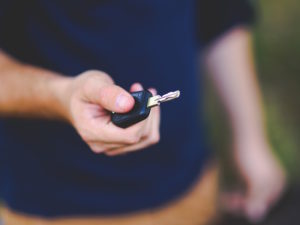 The call comes from the RAC, which predicts that due to recent increases in IPT and greater quantities of fuel being sold, the Treasury’s take from motoring-related taxes is to rise from an estimated £39.1bn in 2014 to £43.1bn this year.

With around two-thirds of the price of petrol or diesel in the UK made up of tax, the RAC is urging the Chancellor to commit to not increasing the level of duty until at least the end of this Parliament. The call comes as RAC research shows 61% of motorists believe fuel prices will go up significantly (by 5p or more) in the next six months.

The RAC added it believes there is no justification for a further rise in the standard rate of Insurance Premium Tax (IPT), which is charged on the majority of insurance policies and has risen twice in less than 12 months. It added that the Chancellor should consider exemptions for young and new drivers that opt for ‘black box’ telematics-based insurance policies, which encourage safer motoring.

Finally, the organisation expressed its concerns that changes to Vehicle Excise Duty (VED) from April 2017 will remove an incentive for motorists to switch to ultra-low emission vehicles.

RAC road policy spokesman Nicholas Lyes explained: “As things stand, there will be virtually no tax incentive to switch to an ultra-low emission vehicle as, after the first year of ownership, duty rates will be the same as those that emit higher CO2 levels including older, dirtier vehicles. This is a retrograde step and one that the Chancellor would do well to review – especially as it is at odds with the Government’s strategy of encouraging motorists into the latest, most environmentally friendly, cleanest vehicles. A commitment to extend the plug-in car grant beyond early 2018 would also be very welcome.”

Previous: ‘SizeMark’ standard could help cut down on parking prangs
Next: Growing number of UK motorists concerned over driver distraction