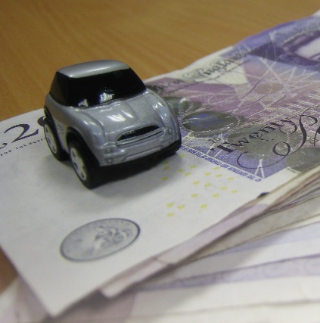 Commenting in more detail, the organisation said that the Treasury’s own modelling has confirmed the link between the cost of fuel and economic growth. The freezing of fuel duty has contributed to the UK’s economic growth in recent years. The RAC believes that it would be beneficial to the economy, as well as popular with motorists if the Chancellor extended the freeze on duty for the remainder of this Parliament.

It also urged the Chancellor to protect the Road Investment Strategy, saying that given the importance that infrastructure plays in economic growth, protecting the road investment strategy’s £15.2bn budget should be a Treasury priority.

It added that the Road Investment Strategy identifies that on average, for every £1 spent on the projects identified, the return for the Government is £4 in the long term.

The RAC also called for the Government to provide the local road infrastructure with the same ring-fence, highlighting that in the Summer Budget, the Chancellor set out plans for a “roads fund” from 2020 with the revenues generated from Vehicle Excise Duty.

The RAC commented: “Whilst it is good news that the strategic road network has a long-term funding mechanism in place, the RAC believes the amount of revenue generated from motorist taxation should encourage the Treasury to ring fence further income into a ‘local road infrastructure fund’. Around 85% of all journeys begin on local roads and the state of local roads is seen as the top issue for motorists, with Research for the 2015 Report on Motoring showing that the condition of local roads is the top concern for motorists with 10% ranking it number one and a further 20% listing it as a top-four concern. Our message is that local roads are just as important as the strategic road network and new long-term funding mechanisms should be considered.”

Finally, the RAC has also urged for an extension on the Plug-in Car Grant, adding: “Research for the 2015 RAC Report on Motoring suggests that the primary motivation for motorists considering the purchase of low emission vehicles is an expectation of lower running costs. Almost one in five (19%) of motorists say they would consider a hybrid or electric vehicle as their next car. But among this group, half (47%) say this would be because of potentially low running costs rather than mentioning the environmental benefits. We therefore encourage the Chancellor to extend the plug-in vehicle grant beyond February 2016.”