Possible plans by the Government to crack down on diesel emissions should be accompanied by subsidies for affected fleets. So says accountancy firm Menzies LLP in advance of next week’s Autumn Statement. 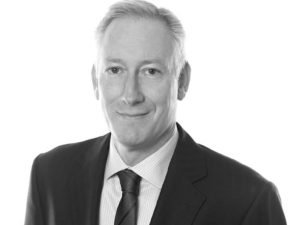 Previous plans announced by Defra would have brought restrictions on diesel vans, impacting on small business. Speculation is now mounting that diesel drivers could face fines to enter city centres following the High Court ruling that the Government’s clean air strategy does not meet legal requirements.

In response, Andrew Cook, partner at Menzies LLP, said that any new measures should be implemented in such a way to avoid heavily impacting on fleet operators.

Cook commented: “The Government has been ordered by the high court to accelerate plans to reduce air pollution. Plans to introduce ‘clean air zones’ in five UK cities, including London, are already in place. It is possible that the Chancellor could extend these plans or introduce fiscal measures to reduce use of diesel-engine vehicles more widely. It is important that any measures of this nature are phased to avoid causing significant hardship to transport and logistics businesses and subsidies should be made available.”

Cook also called for a freeze or cut in fuel duty to relieve pressure on margins at a critical time for fleets and also urged further investment in road infrastructure.

“The Chancellor has already indicated plans to invest in infrastructure. As well as giving the go ahead to airport expansion plans, he should focus on accelerating the Road Investment Strategy (2015-2020) and consider providing tax incentives for investors in such projects,” he added.