The Treasury is being urged to use the Autumn Statement to “end tax unfairness on the vehicle rental and leasing industry”. 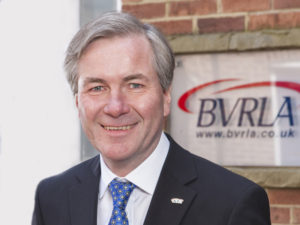 BVRLA chief executive Gerry Keaney has written to the Chancellor calling for changes to a number of significant areas.

The BVRLA’s submission follows a number of government consultations that will affect the automotive industry, including proposals to hike taxes on certain employee benefits and the possible introduction of new bands for ultra-low emission vehicles in the company car tax system beyond 2020.

Keaney explained: “HM Treasury must reconsider the company car taxation regime and the impact it has on a major tax revenue-generating sector. Whether it’s the planned salary sacrifice proposals, the incoming 2% company car tax increase from 2017-18 or the decision to push back the removal of the 3% diesel supplement until 2021, our members and their customers have been disproportionally hit with a higher tax burden than other industries, and we’re concerned about what impact these measures will have on demand for low-emission vehicles, not to mention the Government’s air quality and road safety goals.”

The association has suggested that the Chancellor considers reviewing the vehicle excise duty (VED) refund rules which restrict the amount of tax refunded when a vehicle is disposed of in the first year. This will impact rental companies from April 2017 as these companies will no longer be able to get a full refund for any vehicles emitting more than 110g/km CO2.

Keaney added: “At a time when the UK economy and the automotive market require stability and reassurance from the Government, HM Treasury should revise the refund rules so that when a vehicle is disposed of in the first year, the refund is based on the first year rate, not the standard rate.”