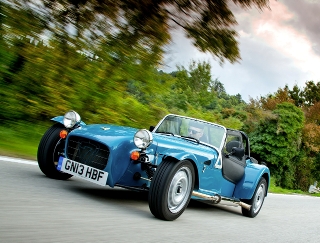 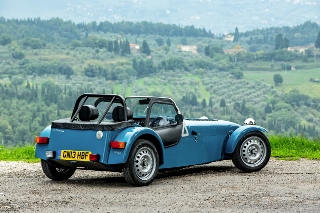 The British sportscar maker will be entering the entry level version of the iconic Caterham Seven, the 160, rated as the most economical in the company’s history and the most cost-effective two-seater sportscar on the market.

The 160 is powered by a super-compact, turbocharged three-cylinder Suzuki engine, which enables it to achieve an impressive 57.6mpg, emit just 114g/km CO2  and yet reach 0-62mph in a blistering 6.5 seconds.

“We are delighted that Caterham Cars is entering the MPG Marathon, the UK’s leading lean driving challenge, for the first time,” said organiser Jerry Ramsdale, publishing director of Fleet World. “We will be very interested to see how it compares against some of the more conventional models that are taking part.”

This year’s event, which, in its 15th year, is being sponsored for the first time by Barclaycard Fuel+ in association with TMC, takes place on Tuesday, September 29 and Wednesday, September 30.

Caterham will join other car makers including BMW, Ford, Peugeot, Renault, Citroen, Honda, Mazda, Kia and Jaguar who have confirmed they will be entering their very latest models for this year’s event.

This year will also see the quest for the ‘most efficient fleet driver’ for the first time, as there will be ten places up for grabs on a first-come, first-served basis for company car drivers and co-drivers.

The lucky contestants will all participate in five identical BMW 320d ED Sport models and attempt to complete the 300-mile course under normal driving conditions using as little fuel as possible, to gain the new title.

Drivers who have already entered this year’s event include Ben Wilson, this year’s ‘Patrol of the Year’ from sponsor, RAC, who will be driving in the new Mercedes Vito van that he uses every day in the course of his patrol duties, complete with a full load of 500 parts and tools.