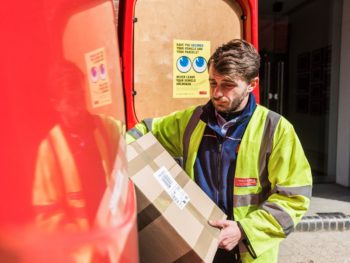 Densely populated with people, businesses and, as a result, vehicles, air quality is an ongoing and difficult issue for central London. But that high concentration of activity presents opportunities to improve efficiency, and that’s something the Cross River Partnership (CRP) has worked hard to unlock.

Established in 1994, the CRP is a public-private partnership with a long-standing relationship with businesses and boroughs in the capital. Six years ago, the organisation brought together 14 of its partners to launch the Clean Air Better Business (CABB) programme, recognising that closer co-operation between London-based businesses could cut pollution as well as cost participants. Backed by the Mayor’s Air Quality Fund and multiple Business Improvement Districts (BIDs) it’s shown that simple behavioural changes can make a big difference, without affecting day-to-day processes.

Brendon Harper, CRP’s air quality project manager, explains: “Increasingly, businesses are acutely aware of the importance of air quality to their staff and customers, and are including local air quality within CSR programmes and business as usual.”

Although the programme encourages adoption of cleaner vehicles, and driver training to use them more efficiently, many of the measures are about reducing traffic altogether. With participants in close proximity, CABB was able to deliver an online tool – deliverBEST – aimed at streamlining deliveries to these businesses. It’s enabled them to time deliveries to avoid peak times, consolidate them between tenants within the same building, and utilise buying power to support logistics companies using the greenest transport. CABB has a directory of 160 such suppliers.

It’s not just about the business itself. The project has encouraged behaviour change amongst staff, aiming to avoid personal parcels arriving at offices – itself a large source of congestion – by promoting click and collect services. It is also raising awareness of pollution with an air quality travel planner, developed with Kings College London, which suggests walking routes that avoid pollution hotspots. Pre-launch research showed this could cut exposure to particulate matter by up to 61%.

The results add up. Based in Southwark, The Bridge is a multi-tenanted building comprising a gym, café, and offices. As part of the CABB, its tenants share suppliers and its employees no longer have personal deliveries where possible. It’s cut deliveries to reception by 25%, with an estimated 77kg reduction in CO2 emissions per year, and a resulting reduction in traffic coming to the building. That’s one of 60 businesses the project has engaged with.

And the process continues. Last year, the CABB programme won the Clean Air category at the Energy Saving Trust’s Fleet Heroes awards, not only for delivering real-world reductions in pollution and congestion, but for its efforts to promote sharing of best practice between participants, and the wider business community. It’s since secured extra funding from DEFRA, individuals and further BIDs to extend its reach. Proof that a common goal can transform the environment of a densely populated business communities from an environmental challenge, into an opportunity.