Implementing technology which actively prevents drivers from speeding could save significantly more lives. 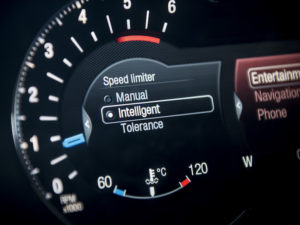 So says the European Transport Safety Council (ETSC), which is calling on the European Commission to make the technology mandatory.

While the organisation noted that a number of carmakers have launched new models in recent months with speed limit information, it said the technology is “not enough” and said more needs to be done to encourage installation of full Intelligent Speed Assistance (ISA).

Both Ford and Volvo launched full ISA systems last year that automatically limit the speed to the local limit using speed sign recognition and GPS data. The technology is standard on Volvo’s XC90 as a selectable feature and also comes as standard on certain Galaxy and S-Max trims.

The BMW X1, Peugeot 3008/5008, Renault Scenic and Toyota Prius all display the current speed limit on the dashboard but require further action from the driver to keep to the speed limit.

The Mercedes-Benz ‘Drive Pilot’ system, offered on the newly-launched E-class, can alter the speed automatically, but is only offered as an optional extra, not as standard equipment.

Antonio Avenoso, executive director of ETSC, commented: “While it’s good to see more manufacturers offering speed information in the vehicle, ISA has much more life-saving potential when the car limits the speed automatically. It’s important that the European Commission makes an overridable form of ISA mandatory on all new cars when vehicle safety rules are revised over the next year.”

Previous: High Court finds government in breach of air pollution laws
Next: Jaama revenues rise on back of restructuring