Cardiff Council is exploring radical changes to its “creaking” transport system, which could see a daily congestion charge for non-residents along with a workplace parking levy and Clean Air Zones. 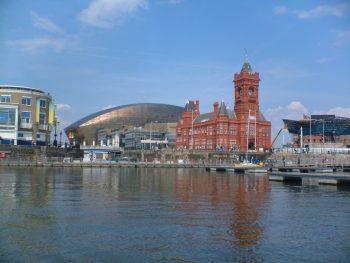 The projects are listed under the council’s newly published Transport White Paper, which sets out a 10-year plan that would cut congestion and pollution while providing funding for an enhanced and lower-cost public transport system to reduce the number of cars entering the city.

Tackling this through the measures outlined in the white paper would bring an estimated £2bn cost but the council has said it could be offset by a £2 daily congestion charge, which residents could get exemption from, along with emergency vehicles, motorcycles and registered blue badge holders, under the council’s preferred option.

Cllr Caro Wild, Cabinet Member for Strategic Planning and Transport, said: “Getting our transport system right is so important for our city’s future and for our children’s future too. This is why I have become more and more convinced that to undertake the kind of radical change required we will need to investigate bringing in some form of charging mechanism to fund the infrastructure required in the city and the wider region.”

The White Paper also sets out other ways to cut car use, including a workplace parking levy and Low Emission or Clean Air Zones; all of which would come under consultation first.

The council would also introduce a more comprehensive approach to parking across the city, including addressing unmanaged street parking in areas where residents are “regularly inconvenienced” and targeting pavement parking; already on MPs’ agendas.

The intention is to push drivers into using public transport and active travel – including safer cycling and walking routes – where possible while also promoting the use of car clubs to remove the need to own private cars to cut congestion; according to Cllr Wild, the current transport network was designed half a century ago for a city of 200,000 people. But the city now has a daily population of almost half a million, taking in commuters and visitors.

The plans would also incentivise people still using vehicles to switch to electric vehicles by significantly increasing the number of publicly available EV charging points by 2025 and switching all council fleet cars and LGVs to zero-emission capable vehicles – covering full EVs and PHEVs/hybrids – by the same date while HGVs would be zero-emission capable as soon as possible. Taxi operators would also be encouraged to switch to low-emission vehicles.

The plans would also tackle congestion through SMART technology, including providing real-time travel information for SMART transport corridors to help manage the movement of traffic, public transport, pedestrians and cyclists.

Council leader Cllr Huw Thomas said: “The future success of Cardiff hinges on getting transport right in the city. There can’t be anyone who is happy with the current state of affairs which is why we are bringing forward this ambitious 10-year vision and why we are beginning an honest conversation about how it’s paid for.”

Cllr Caro Wild added: “If you look at it from the point of view of the average Cardiff resident driving within the city to work every day, struggling for their bit of road space with the 80,000 other car commuters from outside the city’s boundaries then absolutely, traffic congestion, traffic pollution and a public transport system which struggles to adequately serve the people who live and work here are all issues of major concern – and so they should be.”

She continued: “Right now we are living in a world where the Climate Emergency is changing how we feel about our future. It is beginning to shape our behaviour and point towards the actions we will all have to take to save the planet for our children and grandchildren. Getting our transport system right is so important for our city’s future and for our children’s future too.”

Responding to the plans, the Freight Transport Association outlined the need for further information to ensure any such scheme would be effective.

Sally Gilson, head of policy for Wales, said: “As the organisation representing the logistics sector, FTA is calling for Cardiff City Council to confirm the tests it will apply to ensure that the funds raised from the congestion charge will be able to build a genuinely more effective public transport network. If the scheme is successful in taking private drivers off the roads, it will make space for the vehicles that truly need access to the city, including commercial vehicle operators who must deliver the goods that supermarkets, hospitals, schools and restaurants all need to operate; too often, these drivers face heavily congested and slow-moving roads. FTA is also asking for clarification on how the charge will be managed and enforced, and whether charge will ignite real change or in reality just be an additional tax.”

The council’s plans, which have received backing from health and transport experts and the Future Generations Commissioner, come as a growing number of local authorities rethink how traffic and travel is being managed in addition to discussions on Clean Air Zones. Birmingham has announced this week that it’s considering a city centre car ban as part of a transport shake-up intended to encourage more drivers to turn to public transport. The plans would run alongside its Clean Air Zone due July 2020 and plans to explore a workplace parking levy.

Meanwhile, Bristol has revealed plans to ban all diesel cars – including latest-generation Euro 6 models – from March 2021, providing further evidence of how cutting car usage is clearly on councils’ radars.