Rapid cuts in CO2 and other greenhouse gas emissions are essential to stop the planet heading for dangerous temperature increases by the end of this century. 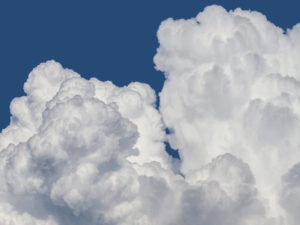 That’s the message from the World Meteorological Organization as its latest Greenhouse Gas Bulletin shows that concentrations of carbon dioxide in the atmosphere surged at a record-breaking speed in 2016 to the highest level in 800,000 years.

Outlining that “the abrupt changes in the atmosphere witnessed in the past 70 years are without precedent,” the report says that rapidly increasing atmospheric levels of CO2 and other greenhouse gases have the potential to initiate unprecedented changes in climate systems, leading to “severe ecological and economic disruptions”.

“Future generations will inherit a much more inhospitable planet,” said WMO Secretary-General Petteri Taalas. “CO2 remains in the atmosphere for hundreds of years and in the oceans for even longer. The laws of physics mean that we face a much hotter, more extreme climate in the future. There is currently no magic wand to remove this CO2 from the atmosphere.”