Drivers in Scotland remain wedded to their cars, with usage of public transport showing a slight decline. 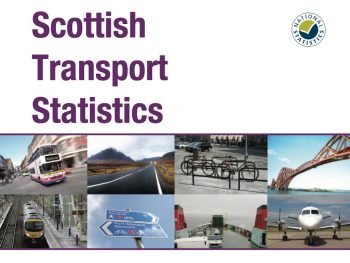 The latest Scottish Transport Statistics publication released today shows that the number of journeys being made by public transport in Scotland fell 1.5% in 2018/19, from 525 million a year earlier to 517 million.

Bus journeys, which accounted for 380 million journeys – 73% of the total public transport journeys, fell by 2% and are down 10% over the past five years.

Over the same period, motor traffic has continued to increase. The number of motor vehicles registered in Scotland (3.0 million) is at an all-time high and the distance driven by motor vehicles on roads increased by 10% over the past five years to reach 47.8 billion vehicle kilometres in 2018.

The figures follow last week’s publication of RAC data showing more than a third (35%) of UK drivers are more dependent on using their car than a year ago; with public transport increasingly seen as too expensive and unreliable to be a viable alternative.

However, the Scottish Transport Statistics research did identify a rise in cycling; the overall distance cycled on the Scottish road network was up by 8% from 2017 to 313 million vehicle kilometres in 2018.

Air and ferry services saw moderate rises. There were 29.4 million air passengers at Scottish airports in 2018, an increase of 2% in the last year and 27% over the past 5 years.

The resarch also revealed there were 10.3 million passengers on ferry services in 2018 (including traffic within Scotland and to and from Northern Ireland) in 2018 – a 0.2% increase on the previous year.