Car still most popular mode of transport in Scotland 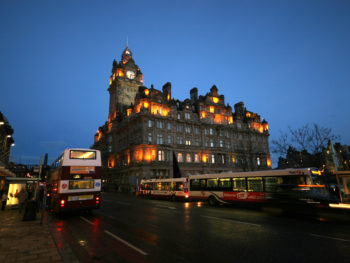 Carried out by Transport Scotland, the Transport and Travel in Scotland 2017 research found cars/vans remained the most popular mode of transport last year, used for 65% of journeys (52% as driver and 13% as a passenger). In around two-thirds of car journeys, the driver was the only occupant of the car. Walking accounted for another 21% of journeys, public transport 11% and cycling 1.5%.

Overall, car traffic was found to have increased 2.4% over the previous year with cycle traffic up 0.7% and rail travel up 3.8%. The number of air passengers rose 7.1% but bus passenger numbers were down 3.3% (provisional data).

Most of the journeys that people made were short in duration and distance, with more than half under 5 km in distance and over two-thirds lasting less than 20 minutes. The median car journey was 6.8km, and the median walking journey was 0.9km.

The main reasons for travel were commuting and shopping, each accounting for just under a quarter of all journeys made.

Other findings from the survey include: