BMW’s Drive Now car sharing operation has seen the number of Londoners using its service double so far this year as more drivers turn to alternative forms of mobility. 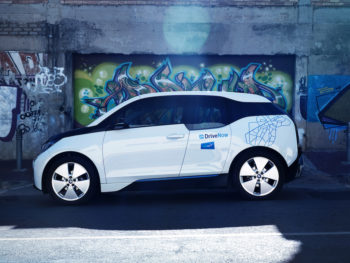 The scheme, part of the Share Now joint car sharing venture from BMW Group and Daimler AG introduced as part of the carmakers’ merged mobility offerings, recorded 400,000 car rentals in the capital in the first eight months of the year; double the number compared to the same time period in 2018.

The figures – published as part of European Mobility Week (16-22 September) – are interesting as the Drive Now scheme has actually been active in London since December 2014. According to the firm, recent air quality discussions and ULEZ appear to be having an effect on Londoners’ attitudes to private car ownership.

However, car sharing is also rising on a global scale. Between August 2018 and August 2019, the number of Share Now customers increased by 25% to around 4.2 million.

Olivier Reppert, CEO of Share Now, said: “London is an example of how urban mobility is moving away from the private vehicle and towards a very diverse ‘ecosystem of mobility’. The figures show that free-floating car sharing plays an ever more important role in the everyday mobility behaviour of London’s citizens. This development, which we experience in many other European metropolitan areas, will permanently and sustainably change our cities.”

Previous: NewMotion and ChargePoint simplify charge point access under new roaming deal
Next: Motor insurance and driving in the EU with a no deal Brexit