Average motor insurance claims reached a record level in 2017, driven partly by increases in the cost of theft claims and vehicle repairs. 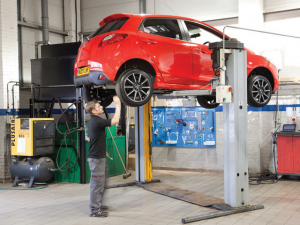 The ABI said rising repair costs were a factor in the new record average insurance claim.

Latest motor insurance claims statistics for 2017 from the Association of British Insurers (ABI) show that the average claim stood at £2,936 last year, although the total amount paid on all motor claims remained virtually unchanged from 2016 at £8.1bn.

The figures also show a rise in the average personal injury claim, which reached £10,816 in reached in Q4 2017; the highest quarterly figure since Q2 2016.

The ABI added that the number of personal injury claims in 2017 fell slightly on 2016, with 320,000 claims settled. However, claim volumes remain significantly higher than should be expected given the continued fall in road traffic casualties. Meanwhile whiplash-style claims reported to the Compensation Recovery Unit have been rising.

Rob Cummings, ABI’s assistant director, head of motor and liability, said: “Putting a lid on excessive costs, which end up being paid for by motorists, remains a priority for insurers. This makes it all the more important for the Government to play its part, by pushing ahead with its reforms to personal injury compensation without further delay.”