The independence of UK car auctions is at risk – that’s the message from Matt Dale, director of vehicle remarketing specialist G3. 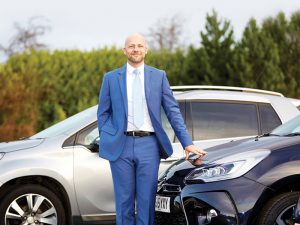 The bold statement comes in the wave of some of the UK’s most well-known auction brands acquiring peripheral motoring businesses that Dale (below) fears may monopolise the whole lifecycle of automotive retail.

“This move that was quickly followed by Manheim’s purchase of We Want Any Car, and smaller car buying companies were also subsequently bought out.

“At first glance such acquisitions appeared to make sense – the brands were leveraging their knowledge of the automotive industry and diversifying in their operations.

But give it further thought and it means the lines have become blurred in the remarketing sector.”

Dale’s concern stems from the fact that in every physical auction, there are prime selling slots that a vendor will strive to secure. However, in recent times, Dale claims these coveted slots have been increasingly allocated to the auction house’s own vehicles, to maximise the return from the cars they themselves need to sell.

“This is obviously to the detriment of other vendors,” he elaborates. “It’s entirely at odds with what an auction should be – an independent remarketer.

“What’s more, because organisations such as We Buy Any Car buy the type of vehicles that main dealers and car supermarkets would ordinarily ‘recycle’ in the part exchange process, the playing field is further imbalanced.

Of course, everyone has the same opportunity to purchase these cars from members of the public, and the consumer will simply go wherever they get the best return. But I do believe this situation represents a significant conflict of interest for any auction that buys and resells stock.”

Believing that, in these instances, neither the vendor or purchaser truly comes first, Dale’s biggest fear lies in where the acquisition trail will end.

“Will auction firms move into the fleet and lease markets next, to secure more guaranteed stock for their own remarketing operations?” Dale asks. “Only time will tell, but I think this is a paradigm shift that should be viewed with caution.”

Previous: Number of diesel cars on London’s roads up 29% since 2012
Next: Leicester’s Total Motion ranked as one of East Midlands’ fastest growing businesses