Campaign for Better Transport is looking to appoint a new chief executive officer as current incumbent Darren Shirley moves to a new role. 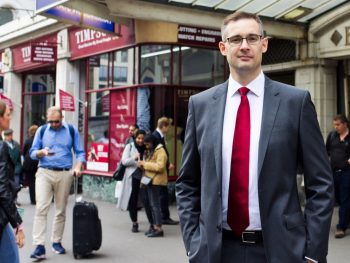 Shirley, who joined the sustainable transport campaign group in August 2018, is leaving to take up a role within the Department for Transport heading up the new Acceleration Unit, as announced last week.

He said: “It has been a pleasure leading Campaign for Better Transport for the last two years. During that time we have not only been able to develop a new strategy for the organisation to take it into the future, but seen huge wins for sustainable transport including a national fund for rail reopenings, billions to restore lost bus networks and an unprecedented Government commitment to active travel. Despite being a small organisation, Campaign for Better Transport continues to have a huge impact on the national transport agenda and I am sure our paths will cross in my new role; in fact I look forward to it.”

John Stewart, chair of Campaign for Better Transport, added: “We will be very sorry to lose Darren but are honoured and delighted that he has been appointed to this important new role. We have started the process of seeking a new chief executive who will build on the first-rate work Darren has done.”

Previous: Software use back at pre-pandemic levels as firms overhaul fleets
Next: G3 invests £12m in major UK auction and remarketing site