Accountancy firm RSM is calling for an urgent update to HMRC tax guidance on determining cars and vans as it warns that employees may fall foul of current “misleading” guidance. 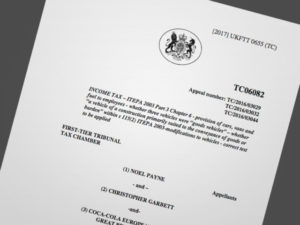 The tax firm points to a recent First Tier Tax Tribunal decision focused on the first and second-generation Volkswagen Transporter Kombi models – which offer two rows of seating with load space behind – and Vauxhall Vivaro vans, which saw Coca Cola dispute NICs paid on BiK for a Vivaro and Kombi 1 and 2 while two drivers appealed BiK paid on Kombi 2 models.

After looking at all the characteristics of the entire vehicle as provided to the employee, not just at construction, the Tribunal found the Kombis to be cars while the Vivaro was classed as a van.

In his conclusion, Judge Guy Brannan said: “The burden of proof lies upon the Appellants to show that the construction of the Vivaro and the Kombis was primarily suitable for the conveyance of goods or burden. In my judgment, for the reasons given, that burden has been discharged in relation to the Vivaro but not in relation to the two versions of the Kombi.”
RSM said in the case of the Vivaro classified as a van, the over-riding factor seemed to be the significant cargo space available in the middle section, even with the middle seats in place, compared with the VW Kombi.

Although the Tribunal gave some guidelines on the distinction between a van and a car, according to RSM the position remains “hopelessly unclear”. It also said that current HMRC guidance is misleading and pointed to HMRC acceptance that a double cab pickup with a payload of one tonne or more, excluding its hard top, is a van for benefit purposes but said HMRC has challenged other types of vans with a second row of seats to be cars, despite being classified by DVLA and insurance companies as designed and constructed for the carriage of goods. As a result, a company spokesperson warned a wider consequence of this case could be that double cab pick-ups are brought under review.

RSM commented: “Whereas the recent case provides some useful principles, the picture remains unclear. We would welcome, as a matter of urgency, new guidance as to what HMRC deems to be a car and what is a van. In the meantime, with HMRC guidance contradicting the Tribunal findings, the retrospective collection of tax on these vehicles seems wholly unreasonable.”

The company added: “Employers should be mindful when relying on HMRC guidance in determining the taxable benefit arising on a company vehicle, as this may result in unexpected tax bills and possible penalties.”

Previous: 5 ways that Fleet Hero Award winners have cut CO2
Next: 7% of grey fleet drivers are in cars over 15 years old