Brake has joined other road safety groups and emergency services in urging MPs to reduce the UK’s drink driving limit, backed by the majority of the British public. 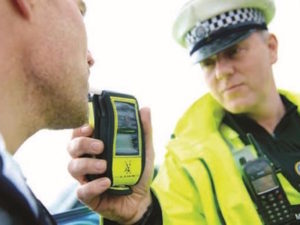 Already groups including the RAC, the AA, Institute of Advanced Motoring, Parliamentary Advisory Council for Transport Safety and the Police Federation have lent their support to the call for a lower drink drive limit.

And research from the British Social Attitude Survey recently found that three-quarters of the public (77%) support the move.

Research has found that lowering our drink drive limit to 50mg alcohol/100ml blood would reduce drink driving deaths by at least 10%.

Every year drink driving causes 240 deaths and more than 8,000 casualties in the UK. In England and Wales the drink-drive limit is set at 80mg alcohol/100ml blood – greater than the rest of Europe (with the exception only of Malta), as well as Commonwealth countries such as Australia, New Zealand and South Africa.

Scotland lowered its limit to 50mg in December 2014, and police figures showed a 12.5% decrease in drink-drive offences in the first nine months. Northern Ireland is set to lower its drink driving limit before the end of 2016.

As Brake adds its support to the campaign, Gary Rae, director of communications and campaigns, commented: “Drink driving remains one of the biggest causes of devastating road crashes; often young and inexperienced drivers and passengers are involved and frequently they are the tragic victims. We must continue to send a clear message to all drivers that drinking and driving is a lethal cocktail. It’s shocking to see how many crashes, many involving deaths and serious injuries, have involved men in their 20s. This call to action today is a useful stepping stone to a time when there is a zero alcohol limit.”

A two-minute animation has been produced by the Institute of Alcohol Studies to support this campaign, outlining the key arguments: http://www.ias.org.uk/lowerlimit