An alliance of business organisations and environmental charities including the BVRLA has written to the chancellor urging him to introduce the Mayor of London’s proposals for a national diesel scrappage fund. 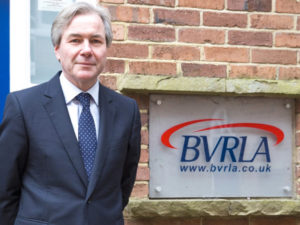 Revealed last month, the Mayor’s plans call for a fund that could be used to pay for three key proposals to tackle air quality. A document jointly developed by Transport for London and Cambridge Economic Policy Associates provides a framework for the scheme, which could be used by other UK cities.

Now organisations including the BVRLA, Federation of Small Business, London First, Greenpeace and the Licensed Taxi Drivers’ Association have expressed their support for the Mayor’s proposals.

In the letter to the Chancellor, the organisations said: “The Mayor’s proposal seeks to rebalance the financial cost of improving our air away from the individual – unlocking significant emission reductions while reducing the cost for those least able to afford to upgrade their vehicle or change how they drive. This will enable the Government to have greater confidence that it will fulfil its legal obligation to comply with European legal pollution limits as soon as practically possible.”

Key recommendations of the scheme include payments of £3,500 to scrap up to 70,000 polluting vans and minibuses in London and a national fund to support charities and small businesses that often own older diesel and mini buses (approximately £245 million in London).

In addition a credit scheme valued at £2,000 would help low-income households in cities scrap up to 130,000 polluting cars, with incentives for car clubs.

The plans also include a proposal for payments of £1,000 to help scrap up to 10,000 older polluting London taxis.

Gerry Keaney, chief executive of the BVRLA, said: “We believe the Mayor’s proposal for a National Vehicle Scrappage Fund could make a significant contribution in reducing emissions by removing some of the oldest, most polluting vans and cars from our streets. The van leasing, vehicle rental and car club industry can meet these requirements and we would be happy to work with local and national government in introducing an effective and affordable scrappage fund for London and other cities.”