Businesses invited to look at preferred route for A303 Stonehenge scheme

Fleets in the South West are being invited to give their feedback on plans for the A303 route upgrade near Stonehenge. 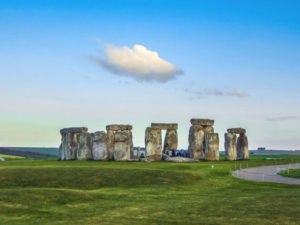 Businesses invited to look at preferred route for A303 Stonehenge scheme

The controversial £1.6bn scheme includes a 1.8 mile-long tunnel past the prehistoric monument, a free-flowing dual carriageway and a bypass north of Winterbourne Stoke, with the government now having published its preferred route, following a consultation earlier this year.

However, in March this year the council that advises United Nations cultural body Unesco said it “firmly objected” to the proposals.

Now, Motorists, local residents and businesses will be able to discuss the preferred route with the project team at drop-in sessions being hosted by Highways England this month.

Highways England project director Derek Parody said: “We have listened to feedback from more than 9,000 people and organisations in our consultation earlier this year, and from this, and further surveys and studies, we can move forward with a solution to help improve traffic flow, reduce rat running on surrounding roads, bringing improvements to local communities and benefits to the South West economy, while at the same time enhancing and protecting one of the UK’s most iconic landscapes.”

For more details of the drop-in events, click here.

Further consultation on the details of the route will take place in 2018.