Increased driver education and risk management by fleets could help cut levels of speeding, alongside government and local council action. 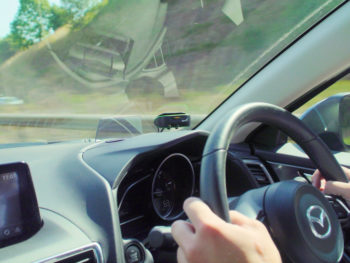 Employed 35-54-year-olds, earning an above-average salary, are more likely to speed than their younger counterparts

A new survey by Venson has revealed that employed 35-54-year-olds, earning an above-average salary, are more likely to speed than their younger counterparts – knowingly or otherwise.

Conducted to support this year’s Brake Road Safety Week 2020 (16-22 November) – which is being run on the theme of ‘No Need To Speed’ – the survey also showed that one in three drivers admitted to speeding – including because they didn’t know the limit for the roads they were driving on.

Simon Staton, director of client management at Venson Automotive Solutions, said: “Driving a vehicle at excess speed is one of the most common motoring offences. However, with the HSE estimating that “more than a quarter of all road traffic incidents may involve somebody who is driving as part of their work at the time”, more must be done to curb speeding.”

This includes action by fleets.

Staton added: “Fleet managers and businesses need to ensure they have a Duty of Care policy in place that includes driver licence checking, driver risk assessments and driver training. It is important to also monitor speeding fines and accident data to understand the drivers that pose a risk to the business, themselves and other road users, and work with them to improve their behaviour behind the wheel.”

But Venson said the findings showed the need for more to be done to make drivers aware of varying speed limits, particularly in the wake of new reduced limits across many towns and cities. This would cover both dominant signage on UK’s roads – following the Government’s decision in 2016 to axe the need for councils to use speed limit repeater signs – but also in-car tech to alert drivers to their speed. Mandatory fitment of intelligent speed assistance is expected to take place in the EU and UK from 2022 onwards.

“Businesses can also encourage user-choosers to consider in-car technology to help them drive responsibly such as intelligent speed assistance systems. Educating drivers and ensuring best practices are in place will in turn save lives,” finished Staton.