Confirmation in last week’s Budget that VED and Company Car Tax (CCT) will continue to be based on computer-generated NEDC (New European Driving Cycle) fuel economy and CO2 figures until April 2020 is good news for the industry – but fleets are being warned that the measure will still bring imminent rises in CCT, impacting on both drivers and fleets. 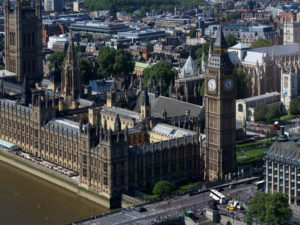 With the new Worldwide Harmonised Light-vehicles Test Procedures (WLTP) having come into play for all new cars from 1 September 2017 – replacing the NEDC cycle and intended to better represent ‘real-world’ performance – the industry had been bracing itself for a shift to completely new systems for Company Car Tax and Vehicle Excise Duty (VED).

However, in the Budget the Government announced that legislation will be introduced in Finance Bill 2017-18 to confirm that VED and the CCT bands will continue to be based on the carbon dioxide emissions figures that are compatible with the current NEDC test, and said WLTP test procedure values should be ignored.

The move has been broadly greeted within the industry as bringing stability for fleets prior to the 2020/21 introduction of the new protocol – but fleets and both drivers are being urged that Company Car Tax costs and VED will go up in the next 12 months, as the first NEDC-compatible results come through.

Within 12 months, all new cars will have to be re-tested to produce WLTP data, except those which are due to be discontinued. WLTP is expected to result in CO2 increases of around 20% compared to NEDC figures.

However, as taxation and the EU’s fleet-wide CO2 target of 95g/km are both based on NEDC figures, there’s a crossover period where both sets of data will be required. All new vehicles will be WLTP-tested, and converted to ‘NEDC correlated’ fuel economy and CO2 emissions using a tool called CO2MPAS. In the UK, these simulated NEDC figures will be used for vehicle tax.

And latest figures from JATO show that vehicles re-tested under the new WLTP fuel economy cycle are recording “greater than expected” increases in CO2 emissions when figures are converted back to NEDC.

The data, published in a new white paper, shows the first NEDC correlated figures are up to 18% higher than the genuine NEDC fuel economy and CO2 emissions from earlier this year.

In turn, that could mean up to a five percentage-point Benefit in Kind increase for drivers compared to an identical vehicle registered a few months ago, although these are early figures and increases may not be seen across the board.

The change also means fleets are still left in the dark as to what the new 2020/21 tax system will be.

Already ACFO has said it will continue to press the Government to clarify thresholds so the tax position of cars over a full replacement cycle is known while the BVRLA commented that it’s looking to work with the Government in developing a tax revenue neutral approach for 2021 and beyond.

And the ICFM has also warned about the impact of any change. Commenting on the Budget announcement, chairman Paul Hollick said: “If the introduction of a company car benefit-in-kind tax system linked to new Worldwide harmonised Light vehicles Test Procedure (WLTP) emissions data does not result in a wholesale restructure of band thresholds tax bills will increase significantly. The result will be that employers and employees abandon company cars as a benefit that is too expensive.”