By Natalie Middleton / 1 year ago / Budget, Latest News / No Comments

Chancellor Rishi Sunak’s first-ever Budget made a pledge for the second Road Investment Strategy (RIS2) to spend more than £27bn between 2020 and 2025 and pledged an extra £2.5bn for local road maintenance in the Budget. 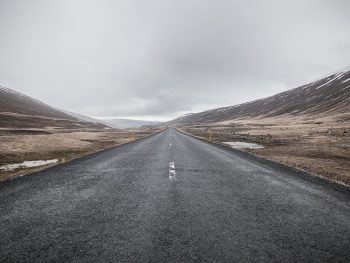 RIS2 will take forward schemes such as dualling the A66 Trans-Pennine and upgrading the A46 Newark bypass to address congestion, and building the Lower Thames Crossing to increase road capacity across the Thames east of London by 90%.

The Budget also included a focus on investment in urban transport, including confirming allocations of over £1 billion from the Transforming Cities Fund. This will deliver a range of local transport schemes, including a new Central Park Bridge in Plymouth, a “significant: increase in the capacity of the Tyne and Wear Metro, and new cycleways in Bournemouth, Christchurch and Poole. In line with the Government’s priorities, this will also include around £800 million for bus and cycling infrastructure.

The Government will also provide £4.2bn from 2022-23 for five-year funding settlements for eight Mayoral Combined Authorities (in West Yorkshire, Greater Manchester, West Midlands, Liverpool City Region, Tyne and Wear, West of England, Sheffield City Region and Tees Valley). Plans will be down to the respective Mayors but the hope is that funding will be used for schemes, such as the renewal of the Sheffield Supertram, the development of a modern, low-carbon metro network for West Yorkshire and tram-train pilots in Greater Manchester. As a first step, the government will open discussions with Greater Manchester, Liverpool City Region and the West Midlands in the coming months.

Welcoming the news of the £27bn road funding, Anthony Smith, chief executive of the independent watchdog Transport Focus, said: “Road users will welcome this, but the roadworks needed to deliver it must be managed to minimise the impact people’s journeys.

“We know drivers want reliable journeys on decent road surfaces. It is good to see the Government has committed to reducing congestion while also maintaining existing roads properly.

“Transport Focus has pressed hard for road users’ views to be at the heart of this strategy. It is good news that our independent survey will be the official measure of road user satisfaction for Highways England’s roads from next month.

He added: “It is urgent that road users now hear when a decision will be made on the Government’s smart motorway evidence stocktake.”

“Congestion is a major concern for over a fifth of drivers and it is vitally important that we continue to keep both drivers and Britain moving,” he said.

And Matthew Walters, head of consultancy at LeasePlan UK, said: “With the UK’s road infrastructure ranked just 36th in the world, well behind comparable economies, it’s clear that improvement is needed. This extra spending will help businesses and individuals who are fed up with the damage and delays caused by substandard highways.”