Budget 2018: The main points for fleets

Philip Hammond has delivered his third Budget as chancellor, bringing in changes for areas including welfare and pensions but leaving a big hole when it came to clarity for the future shape of company car taxation. 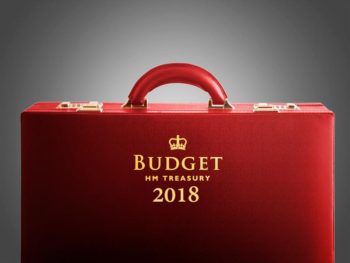 The main changes for fleets were:

The chancellor failed to provide clarity on future company car tax (CCT) rates and how the switch to WLTP will be handled – despite calls from the industry.

Although the Government had been urged to outline how the higher CO2 figures from the switch to WLTP would be mitigated for CCT and VED, the Budget Red Book merely says: “The Government will review the impact of WLTP on Vehicle Excise Duty (VED) and company car tax (CCT) to report in the spring. WLTP aims to provide a closer representation of ‘real-world’ fuel consumption and CO2 emissions.”

Meanwhile there was no announcement of BiK tax bands beyond 2020/21.

The Red Book did reveal that from 1 April 2019 VED rates for cars, vans and motorcycles will increase in line with RPI. It also announced that the Government would publish a summary of responses from the consultation on VED reform for vans, which ran in the summer. The document – now published – sets out proposals to introduce environmental incentives from April 2021. Bands and rates will be announced ahead of Finance Bill 2019-20.

For more details and industry comment on how the lack of tax clarity hits fleets, click here.

A change in capital allowances for business cars with CO2 emissions of more than 110g/km has been announced with the 8% rate cut to 6% backdated to 1 April 2018. Legislation will be introduced in Finance Bill 2018/19 to the special rate of writing down allowance which will be changed from 8% to 6%. The Finance Bill will be published on Wednesday 7 November.

The two other thresholds for capital allowances on cars bought outright remain unchanged and are:

A £28.8bn National Roads Fund was announced. Paid for by road tax – for the first time ever – this includes £25.3bn for the Strategic Road Network (motorways, trunk and A roads); said to be the largest ever investment of this kind.

It will also help fund the new network of local roads (known as the Major Road Network), and larger local road projects.

Local authorities will receive £420 million to fix potholes on roads and renew bridges and tunnels, and there will be a £150 million to improve local traffic hotspots such as roundabouts.

The chancellor confirmed the continued fuel duty freeze, previously announced by Theresa May in her Tory conference speech.

It marks the ninth consecutive year that fuel duty will be frozen at 57.95 pence per litre and will cost the Exchequer £840m in lost revenues for the 2019/20 tax year while saving the average driver a cumulative £1,000 by April 2020 and more than £2,000 for the average van driver, according to government figures.

The Government said it would extend the first-year allowance for electric charge-points for four years. This will extend such allowances until 31 March 2023 for corporation tax and 5 April 2023 for income tax purposes.

However, there were no changes to this month’s announcement that grants for plug-in hybrids have now been cut under a reformed system focused on increasing uptake of electric and hydrogen fuel cell vehicles. And there was also no announcement of an early introduction for the 2% company car tax rate for electric vehicles, despite the fleet industry having highlighted how this would help with government plans to increase ULEV uptake.

The chancellor also announced an additional £680m of funding for sustainable transport including buses, trams and cycling routes through the Government’s Transforming Cities Fund. This brings the total amount of funding available through the Transforming Cities Fund, which aims to support productivity and prosperity through investment in public and sustainable transport, to £2.4bn.