The chancellor has unveiled an anticipated £30bn to improve roads in England, helped by the first-ever ring-fenced funding from Vehicle Excise Duty. 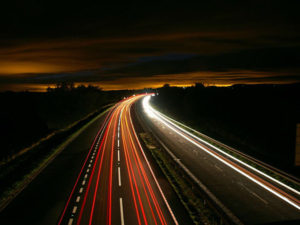 This includes a £28.8bn National Roads Fund, including £25.3bn for the Strategic Road Network (motorways, trunk and A roads) said to be the largest ever investment of this kind, and backed up by VED funding; as announced in 2015 by former chancellor George Osborne and back in the headlines more recently with the news that councils could also get a share of the funding.

The Government said the fund would “provide long-term certainty for roads investment, including the new major roads network and large local major roads schemes, such as the North Devon Link Road”.

The fund will also be used to support the new network of local roads (known as the Major Road Network), and larger local road projects. Local authorities will receive £420m to fix potholes on roads and renew bridges and tunnels, and there will be a £150m to improve local traffic hotspots such as roundabouts.

The news was welcomed by organisations including LeasePlan UK. Managing director Matt Dyer said: “Back in the July Budget of 2015, George Osborne reformed Vehicle Excise Duty so that all the monies raised would go towards improving the country’s road network. With the £28.8bn confirmed in today’s Budget, Philip Hammond is simply delivering on that policy – but we’re grateful to him for that, as well as for the additional £420 million he’s found for filling in potholes. The UK’s road infrastructure is ranked just 26th in the world, well behind comparable economies, so this extra spending is a necessity not a luxury.”

However, the Freight Transport Association highlighted research that indicates a much bigger sum would be needed to get England’s roads fully functioning; the Asphalt Industry Alliance has calculated that more than £8bn would be needed to carry out a one-time catch-up to bring local roads in England up to scratch.

Christopher Snelling, head of UK policy at the FTA, said: “The £420m announced in today’s Budget to repair potholes is a drop in the ocean when you consider that work that will cost more than £8bn is needed to rectify years of under investment in our road network.  The damage caused by potholes to the UK’s logistics fleet is adding unnecessary cost to the operation of vehicles tasked with keeping Britain trading, and FTA is concerned that the funding released by the Chancellor today will mean that operators will continue to incur these unreasonable costs at a time of extreme trading pressure.  More could and should have been done to help the logistics sector at such a critical time in the nation’s trading history. It is a lost opportunity.