By Jonathan Musk / 3 years ago / Budget, Latest News / No Comments

Additional funding for electric vehicles, charging infrastructure and the plug-in car grant has today been announced in the 2017 Budget by the Chancellor of the Exchequer. 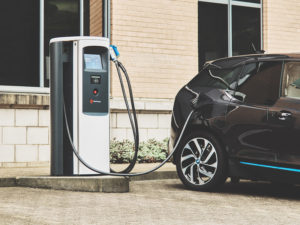 Speaking at the House of Commons, Rt Hon Philip Hammond MP, Chancellor of the Exchequer, announced several multi-million pound investments to support the growth of the ultra-low emission vehicle sector in the UK.

This includes £200m funding for charging infrastructure, to be equally matched by private investors, forming a Charging Investment Infrastructure Fund, as well as £40m for R&D. The Government will also provide £100m towards the Plug-in Car Grant, which offers purchase incentives on new ULEVs, with the aim of helping this scheme to continue until 2020.

Similarly, the Government has committed to electrify 25% of cars in central government department fleets by 2022.

Commenting on the budget, Erik Fairbairn, CEO of EV charging specialist Pod Point, said: “We know that two of the biggest barriers to the mass adoption of EVs are the initial cost of the car and concern over a lack of infrastructure. Addressing these barriers with increased government funding should help to speed up adoption, which in turn will help the UK make faster progress towards its clean air and carbon reduction targets.”

David Martell, chief executive of Chargemaster, commented: “The package of support announced by the Chancellor in the Budget is good news for the EV sector. We welcome the continued incentives for electric car purchases through the Plug-in Car Grant. Of course, these incentives will not be needed indefinitely, and manufacturers predict that the cost of building an electric car will drop below the cost of producing a petrol or diesel car within the next five years. It is also worth pointing out that consumers can buy an electric car for as little as £5,000 in the used market.”

However, some criticised the Chancellor for not addressing alternative fuels including hydrogen.

Riversimple founder Hugo Spowers said: “We embrace this investment to boost sales of ‘greener’ cars but we would like to see the Government creating a level playing field between different technology solutions and investing equally in hydrogen infrastructure.

“People will only buy electric cars – both hydrogen fuel-cell and battery electric – if they are confident that there is adequate refuelling and charging infrastructure.”

Similarly, despite the Chancellor planning to introduce three million apprenticeships, no mention of service or support for electrified vehicles was mentioned in the Budget.

Steve Nash, CEO of IMI commented: “The IMI welcomes today’s announcement that £400m is being allocated to charging infrastructure. However, at the IMI, we hope that a proportion of this funding will be allocated to the training of the technicians who will work on these vehicles.”