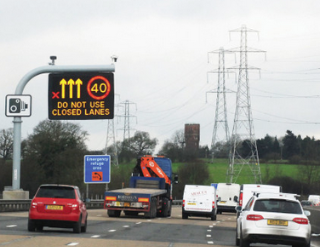 Announced during the 2016 Budget, the government said it is launching the process for setting the Second Roads Investment Strategy, which will determine road investment plans for the period from 2020-21 to 2024-25.

This includes the Highways England Innovation Strategy that will see the Government:

As well as number of rail improvements, the Chancellor said the Government would accelerate improvements to the M62 with an additional £161m in funding to go to Highways England to accelerate the delivery of two major projects to upgrade the M62 to a four-lane smart motorway between junction 10-12 Warrington to Eccles and junction 20-25 Rochdale to Brighouse.

Other announcements include the allocation of £75m to Highways England to further develop the case for a potential Trans-Pennine tunnel between Sheffield and Manchester, as well as options to enhance the A66, A69 and the north-west quadrant of the M60.

The Government is setting out how the Pothole Action Fund will be allocated across England in 2016-17, with £50m allowing local authorities to fill nearly a million potholes.