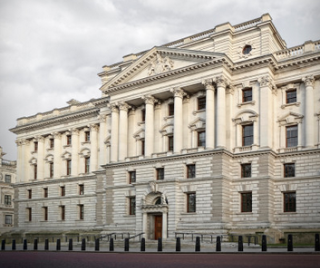 Lex Autolease commented on the announced tighter capital allowance thresholds, effective from April 2018, which will see the main rate (18%) threshold reduced from 130g/km to 110g/km while the 100% first-year allowance threshold will be reduced to 50g/km from 75g/km and will be extended to 2021.

Eddie Amaro, principal consultant at Lex Autolease, said: “The lowering of the CO2 threshold from 160g/km to 130g/km, which came into effect in April 2013, meant many customers have used 130g/km as a benchmark for their fleet decision making for the last three years.

“The question now is whether the newly-announced, lower threshold of 110g/km replaces 130g/km as the crucial figure around which fleet strategies may be designed.

“If the new regime came into effect tomorrow, a significant proportion of fleet vehicles between 110g/km and 130g/km would be reclassified overnight – as many as 50% of the vehicles on the Lex Autolease fleet fall in this range.

“We believe that at the time of the new regime's introduction in April 2018, customer fleet average emissions should be around the 110g/km mark. Though this still precludes a significant portion of vehicles which have emissions above the median, it is coherent with the downward direction of emissions levels.”

In response to the announcement of the continued fuel duty freeze, Ashley Barnett, Principal Consultant at Lex Autolease, commented: “The Chancellor’s decision to prolong the tax duty freeze – for a sixth year – has clear benefits for British businesses as many continue to feel the positive impact of lower costs at the pump. The falling cost of fuel had prompted speculation about an imminent rise in duty, but businesses can breathe a sigh of relief, for now at least.

“The ongoing freeze is particularly helpful in alleviating concerns that the downward trend in fuel prices could easily be reversed should oil prices recover and the pound’s depreciation continue.

“The ongoing freeze on fuel duty means that the impact of any future rise will be more keenly felt by businesses already burdened by some of the highest fuels costs in Europe. A move by the Chancellor to reduce fuel duty in future announcements would help to ensure that firms are not priced off the road.”

Finally, as the Government announced that it continues to monitor salary sacrifice schemes, principal consultant Ashley Barnett added: “Salary sacrifice car schemes can form an integral part of a business’s employee benefits package and can work wonders for talent attraction and retention levels.

“It would be helpful to see clarity from the Government – both about the timeframes involved and the specific schemes allowed. We would like the Government to provide clear guidelines which will enable businesses to plan for any changes they may need to implement.”