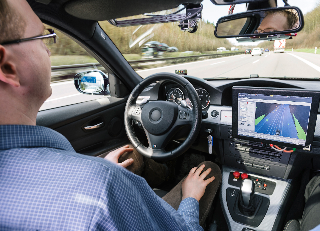 In today’s Budget, George Osborne announced a package of support measures for driverless cars, which will see:

In response, Phil Harrold, automotive partner at PwC, said: “Signalling the UK's intent to be at the leading edge of driverless car technology in today's Budget could be seen by some as a bold move or even a futuristic long shot by the Chancellor.

“In reality, automation has been creeping up on us for years and this is simply the next step in the digital journey – and, crucially, UK engineering has been at the forefront throughout. People can already own cars that can park, exit the garage and even overtake for you without driver input.

“The real question is what would it take to get the general public to readily accept more automotive autonomy? After all, no one bats an eye nowadays at the thought of a driverless train at an airport, so why should a road be any different? It is highly likely that with an aging population and increased urbanisation the economic case can be easily made.

“One big hurdle developers, manufacturers and the UK government will have to cross is the public's perception of safety, particularly given recently reported safety issues. But what is important to remember is that this was one attributable incident during a three year US-based trial, and as a result, the odds of a driverless car causing an accident is really very low.

“For this to succeed, it's vital that 'perfection' isn't set as the default benchmark during this robust test phase – we don't expect this of other drivers on the road – and that what is aimed for is a realistic and marked improvement on human fallibility levels.

“This along with new forms of propulsion are the hot topics in the industry at present. If the UK wishes to remain at the forefront it must invest both financially and logistically.”