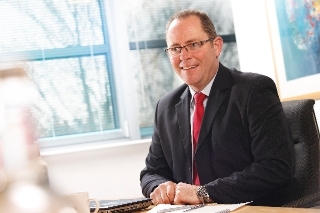 Announced by Chancellor George Osborne, the new system – which will be used to support the new roads fund from 2020 – will apply to new cars only and will see duty in the first year set according to emissions, like today, but updated for new technology.

Thereafter there will be three duty bands – zero emission, standard and premium. Zero emission cars will continue to qualify for zero road tax but anything emitting over 0g/km will attract a charge of £140 a year. In addition, premium models that cost more than £40,000 to buy new will require a £310 supplement on top of the £140 standard rate for the first five years.

In response, Pontin said: “The reform of the VED system is very interesting and its full implications will start to become apparent as we crunch more numbers over the next few days and weeks.

“The good news first – it is a really simple to understand system for the vast majority of people who will buy and run the post-2017 cars affected. They will just pay £140 per year for the life of the vehicle, although that is a figure that the government will probably increase over time. Also, the new regime continues to reward buyers of lower CO2 cars, even if almost all of them will be paying more than previously.

“There are some parts that look a little more questionable, however. Older, more polluting vehicles appear to be undertaxed in their later years. For example, a 255g/km car over six years old will be charged at the same £140 standard rate as a zero emissions vehicle. For new cars, the introduction of an additional £310 charge on anything priced over £40,000 seems like a sudden shift and it may be that we see manufacturers listing a number of cars in that price range at £39,995. Even a zero emissions vehicle costing more than £40,000 will cost £310 a year, which seems a bit of a disincentive to adopt the very cleanest drivetrains available.

“Looking at the Budget as a whole, however, we think it supports the ongoing economic recovery in general terms and that this is good news for the motor industry. It is also good to see that fuel duty remains frozen. Petrol and diesel are a motoring cost that affects everyone.”