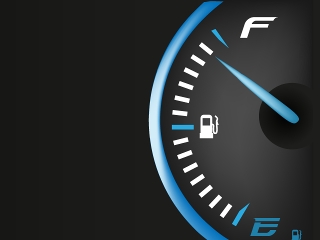 The Chancellor said this equates to the longest duty freeze in over 20 years and saves a family around £10 every time they fill up their car.

The move builds on previous action to cut fuel duty by 1 pence per litre (ppl) in March 2011 and cancel all further increases during this Parliament – although there’s only 50 days to go until the General Election.

The move has been criticised by the FairFuelUK campaign. Howard Cox, founder of the campaign, said: "Today’s Budget is very welcome that Fuel Duty has been frozen again. FairFuelUK has campaigned relentlessly to show that lower pump prices and in particular cutting duty stimulates GDP, generates new jobs and lowers inflation. But why doesn't the Government go further and drive the UK economy continually upwards by cutting duty. It's proven that will happen. We give Mr Osborne 6 out of 10 for endeavour and will continue to campaign that duty should be frozen for the lifetime of the next Parliament with more pressure on a real cut in the Autumn Statement."

However, the RAC mainly greeted the news, with chief engineer David Bizley saying: “Mr Osborne has clearly taken an opportunity to maintain the truce in the “war on motorists” whilst tying the hands of any new incumbent of No 11. Freezing fuel duty beyond the end of this Parliament is therefore a very shrewd move as it would be extremely unpopular for any future Chancellor to unfreeze it.

“Businesses have benefited considerably through both a cut and freeze in fuel duty in Mr Osborne’s time as chancellor. What we need now is a firm commitment from all political parties ahead of the election not to reverse his decision as soon as they take office as this would be a retrograde, harmful step that will lead to an increase in both household and business costs and dampen economic growth.

“We believe the duty freeze has made an important contribution to the economy and hope that any future chancellor will now understand its significance and therefore think twice before reverting to regular inflationary increases. The above inflation fuel duty escalator that operated between 1993 and 1999 is the primary reason, of course, that we now pay nearly 70% in tax on every litre of fuel we buy at the pumps.

“While the Chancellor has cancelled September’s scheduled fuel duty increase we would ideally have liked to see him scrap the duty escalator altogether.”

Previous: Auto Windscreens adds to senior management team
Next: Budget 2015: BiK rates to rise 3% but ULEVs to get special dispensation