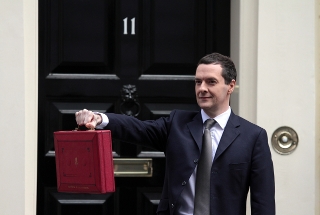 In his speech, Mr Osborne said fuel duty would be frozen for the rest of this year in line with the Budget in March but did not announce a further cut.

The statement follows warnings from organisations across the country that an increase would impede UK plc.

Mr Osborne also announced the creation of a new Vehicle Excise Duty mechanism that would be used to fund new roads, adding that increased roads spending was announced in the last Budget but that we “need a long-term solution if we are going to fix Britain’s poor roads”.

He added that under the current VED system, by 2017, three-quarters of new cars won’t pay VED due to new fuel efficiency technologies, and said: “This isn’t sustainable and it isn’t fair.”

Instead from 2017, a new VED system will be introduced and will be used for a roads fund by the end of the decade. For new cars, the duty in the first year will be set according to emissions, like today, but updated for new technology. Thereafter there will be three duty bands – zero emission, standard and premium.

Mr Osborne added that the new system will only raise the same amount of revenue as today. For standard cars – which covers 95% of all cars sold in the UK – the charge will be £140 a year; less than the average £166 that motorists pay today “but the revenue will be secure for the long term”. There will be no change to VED for existing cars.

He added: “From the end of this decade, every single penny raised in Vehicle Excise Duty in England will go into that Fund to pay for the sustained investment our roads so badly need.”

The Chancellor added that the Government will publish a second Road Investment Strategy by the end of this Parliament, building on the first published in December 2014.

In addition the Government will consult on extending the deadline for new cars and motorbikes to have their first MOT test from three years to four years, which would save motorists over £100m a year.