British drivers are ready and willing to switch to electric vehicles ahead of government targets. 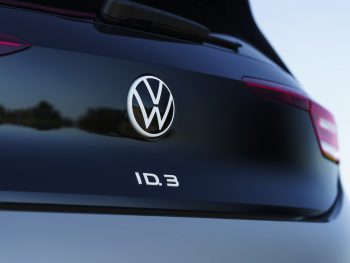 Research by Volkswagen Financial Services UK (VWFS) reveals that almost a quarter (23%) of Brits see themselves driving an electric vehicle within five years – in advance of the Government’s 2030 phase-out of sales of new ICE vehicles.

But the VWFS research has unearthed a generational divide, with people aged under 45 more likely to be driving electric vehicles within five years (32%) compared to people aged over 45 (18%).

And it’s male drivers who are more inclined to make the switch; the VWFS research found that men are more likely than females to invest in an electric vehicle by 2026, with 28% of men responding that they were likely to do so, compared to 19% of women.

The main motivation for people wanting to drive an electric vehicle is the environmental benefits, selected by more than a third (34%) of respondents. This was followed by savings on fuel (28%), followed by tax incentives (12%), higher resale value (3%) and electric vehicles being fashionable (3%).

The study’s findings – published to coincide with Earth Day, a worldwide event held annually on 22 April to show support for environmental protection – also reveal that one in five (20%) people plan to invest in an electric car charging point at home within the next five years.

However, homeowners younger than 45 are more than twice as likely to invest (30%) than homeowners aged over 45 (13%).

Mike Todd, CEO at VWFS, said: “The Government has said it will ban the sale of diesel and petrol engine cars by the end of the decade, which provides a clear timescale for manufacturers, retailers and finance providers to make the switch to electric vehicles for motorists as convenient and desirable as possible. It’s fascinating to see that one in five people are likely to invest in a car charging point at home in the next five years, which signals a clear direction of travel towards more widespread adoption of electric vehicles.”