The majority of British drivers are against a pavement parking ban, currently being explored by a Department of Transport review for England. 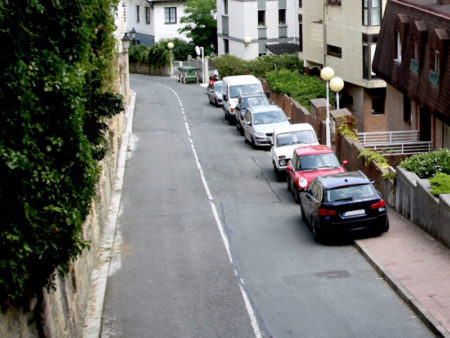 55% of the public don’t want a pavement parking ban

The move would bring the rest of England in line with London, where pavement parking has been banned by default for more than 40 years, and follows DfT suggestions of a pavement parking review some two years ago that was not carried out. It’s also being explored for Scotland under proposals introduced in the government’s Transport Bill.

However, a survey by online parking portal YourParkingSpace.co.uk reveals that 55% of respondents don’t want drivers banned from being able to park their cars on a pavement.

The research of 500 motorists found almost one in 10 (9%) park on a pavement every day. A total of 15% had parked on the pavement because there was nowhere else to go while 24% had done it to stop blocking the road.

However, almost one in three (27%) supported the introduction of a fine of £50 or less while some would even like to see points on a driving licence (5%), for offenders to be sent on a driving awareness course (4%) or even community service (2%).

Harrison Woods, managing director at YourParkingSpace.co.uk, said: “This is a very surprising result as it appears that a majority of Brits do not want to see a nationwide ban.

“It could be that for some motorists it might be their only option, especially if they want to avoid blocking the road, but there is also the issue of the inconvenience that parking a car on a pavement can cause to pedestrians by obstructing their route.”