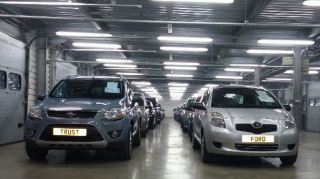 The automotive data specialist added that there are virtually no precedents on which to base the likely impact of a BREXIT.

Rupert Pontin, head of valuations, said: “When we try to model something like this, we gather as much relevant data as possible, looking especially at previous examples, but here there is very little to which we can refer, especially in terms of the longer term impact.

“However, what is clear is that anyone else trying to make predictions of this kind is in exactly the same position, so there is significant uncertainty and this, in itself, is very likely to have an impact on used car values.

“It is possible to foresee a position where, for example, a major dealer group might write down all their stock by a few percentage points if there was a successful exit vote simply in order to be financially prudent in the face of the unknown.

“This kind of behaviour could, in itself, contribute to something of an economic slowdown, which would compound the effect on values.”

He added that Glass's largely agreed with the general analysis by the Bank of England that a BREXIT would have an effect on areas such as investment, household spending and sterling.

“Politically, of course, we have no axe to grind for either remaining or leaving but it seems fairly certain that there will be an immediate impact on these areas, which will all reduce demand in the used sector. How long it would take the economy and therefore the car market to recover, it is difficult to say.”

Pontin also said that the question of having to renegotiate trade deals with other countries would also add to the sense of insecurity.

“There may be an impact on pricing and supply of new cars if we have to draw up new trade deals to export and import cars, and this could potentially have an impact on the used sector. Again, it is tricky to envisage what will happen because there are so many unknown variables.”

It was more difficult to foresee positive outcomes for a BREXIT, Rupert Pontin added, because the potential benefits, if they occurred, would take some time to feed through into the economy.

“If, for example, the exit campaign is right and the British economy and jobs sector is given a boost by leaving, it is difficult to envisage a situation where that happens quickly. It will almost certainly take several years and there will be some pain in the meantime.”