Brexit – Where next for new cars?

As a large importer and exporter of new cars, clarity about the future of trade with the EU can’t come soon enough, as Alex Grant explains. 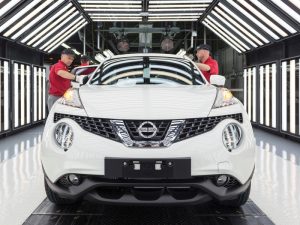 The UK is Europe’s second largest market for passenger cars, behind Germany. Figures from the SMMT show more than 2.6 million were registered here in 2015, the fourth consecutive year of post recession growth, and that was and is expected to continue during 2016.

As well as component manufacturing and technological R&D, almost 1.6 million cars were made in the UK during 2015, by an industry which supports 814,000 jobs. Of those, 80% are exported, and 57.5% of that total are sent to EU markets – both are higher than average. Little wonder, then, that 77% of those surveyed by the SMMT earlier this year said they were keen to stay in the EU.

But the car market is one of the most volatile in a period of financial uncertainty, so is a Brexit vote a disaster? Not necessarily.

It’s still too early to talk about the result on the markets, but there was an immediate economic shock in the days after the Referendum, marked by frantic trading and the pound slipping briefly to a level not seen for 31 years before it began making a recovery.

In the short term, that weakened currency has the potential to make it more expensive for manufacturers to bring products into the UK – a potential problem for a country which, by NFDA figures, imported £35.3bn of new cars last year.

IHS Automotive, which published its predictions the day after the vote, said a weaker currency and GDP will undoubtedly slow the market for new cars and vans. It added that manufacturers are already considering pricing alterations to offset the effect of shifting import costs – something which could reduce margins for dealers. It’s downgraded its volume predictions for the next two years, expecting the UK light vehicle market to reach 2.71m units in 2018 versus the 2.94m in its original forecast.

John Leech, head of automotive at KPMG UK, agrees that there are challenges ahead: “In recent months we have seen some industry commentators believe that UK new car sales could top three million in the coming years. The vote to leave the EU means that this has become highly unlikely and I now forecast that new car sales will fall to 2.5m cars in 2017.”

However, he adds, the news could be better for UK automotive, as the weaker pound makes British-built cars and vans more competitive elsewhere:

“I still anticipate that UK car production will grow by double digits in 2016 to 1.7 million cars driven principally by EU exports buoyed by the weak pound,” he says.

But car sales aren’t entirely driven by the screen price. The fleet sector is reliant on finance and any fluctuation in demand for used cars could affect residual values. Glass’s says this could be compounded by the untimely arrival of rising volumes of stock created by booming new car sales from three or four years ago.

Rupert Pontin, director of valuations at Glass’s, says: “Markets will be affected, as will the value of the pound, and we expect to see consumer confidence tail off until the view of the way forward becomes clearer. How long this will take is difficult to predict.

“For the motor industry, all of these developments are very likely to have negative effects including a period of instability for new and used car sales, as well as an increase in pre-reg activity and downward pressure on values.”

What happens further ahead depends on trade deals. Law firm,

Baker Botts, points out that the UK could have to renegotiate trade deals with the 50 global markets it deals with through the EU to avoid 10% tariffs imposed under World Trade

Organisation rules – a lengthy process, with ramifications for imports and exports. There are also concerns that investment in UK production, to add new vehicles or increase volumes, could be taken elsewhere, and that

British companies will have to conform to international standards that their country no longer has any say in.

Sue Robinson, director of the NFDA said: “We urge the UK government to swiftly negotiate a trade deal across

Europe and the rest of the world and to secure currency stability, such that there is a level playing field for our members to operate in. Clearly it is as important to European importers as it is to the UK market that a deal is put in place very quickly.”

Of course, the process of leaving the EU will take at least two years, and so far there hasn’t been a rush to get this moving. In the meantime, the UK remains in the single market, which should add some short-term stability, the Bank of England is mobilising a contingency plan to stabilise the markets, and manufacturers are saying that near-future plans were drawn up before the referendum. Brexit could shape up to be positive for the UK, but at the moment it’s too soon to say.

Previous: Brexit – What it means for fleets…
Next: Stand and delivered – Highlights of the 2016 Fleet Show exhibition