Brexit – What it means for fleets…

By Colin Tourick / 5 years ago / Features / No Comments

Professor Colin Tourick looks at the financial, taxation and business ramifications for fleets of leaving the EU. 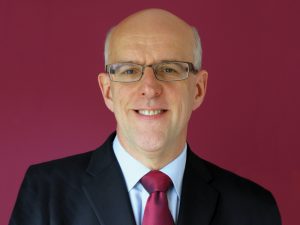 An awful lot of business people woke up on 24 June and were shocked to discover that the Leave campaign had won the Brexit vote. Whilst there were certainly a number of captains of industry in favour of Brexit, the weight of opinion – particularly informed economic opinion – was that it would be bad for Britain.

Those warnings appear to have gone unheeded, leaving fleet managers to wonder what on earth is likely to happen next.

Conventional wisdom is that the short term macroeconomic outlook will run something like this.

Sterling will either remain at its current level (10% down against the Euro and 9% down against the US dollar since last November) or fall further. As we import so much, this will push up inflation. Cars will cost more and so will fuel (which is traded in dollars).

Interest rates will rise (the Treasury predicted a rise of 0.7%-1.1% before the poll and before Moody’s downgraded the UK’s debt outlook from Stable to Negative). This will push up mortgage rates and housing rents, leaving people with less to spend. The impact on rents will be greater than in the past now that mortgage interest is only tax deductible at basic rates for buy-to-let landlords, so that rises in interest costs hurt them more than in the past.

Growth will decline – it had been trending slightly downwards anyway for the past 18 months – as businesses delay making investments. Even worse, we could see multinationals moving their operations out of the UK and into the EU, which would have a significant effect on national income and also employment.

There is a counter-argument to all of this of course. Some argue that if the value of Sterling stays relatively low, this will encourage exports which will boost employment, encourage investment and encourage people to invest in Britain as a safe place for their money.

In this scenario, interest rates don’t have to rise, they could actually fall.

If employment stays high and interest rates stay low, there will be little impact on house prices in the medium term, but in the short term the uncertainty is likely to drive house prices down. When home-owners see the value of their properties fall they feel less well-off and are less likely to spend money, which in turn can lead to a slowing of the economy.

In the middle of all this we have a government that is trying to balance the books and reduce the deficit. If GDP declines, government revenues decline.

That leaves them with three options: spend less, borrow more or raise taxes.

Spending less will be a tricky option if unemployment rises. The benefits bill will rise. However, we also now have the problem that many people expect that the government will soon have an extra £350m per week available to spend on public services, this being the headline (though not the net) amount that was being bandied about during the Referendum campaign as our weekly contribution to the EU. One option here would be to push out austerity for another few years, though this will go down very badly in some parts of the country.

Borrowing more would be an option though this would represent a reversal of government policy. And if the government does try to borrow more than the market feels comfortable to lend, that would create pressure for interest rates to rise. The alternative would be to go for more quantitative easing, which would feed cash into the economy and probably reduce interest rates. Good for businesses but not great for pensioners buying an annuity.

Which leaves raising taxes, and this is the one issue that could affect fleets because there are no votes to be lost in business taxation or Benefit-in-Kind tax. Before the Referendum George Osborne suggested that the basic tax rate tax might have to rise by 2p and higher rate by 3p if we voted to leave.

So if that’s the macroeconomic background, how will this affect fleets and what should fleet managers be doing about it?

The smart bet is that in the short term we will see an increase in fleet costs. Petrol and diesel costs and new car prices will rise. In all probability, leasing companies will assume that used car prices (residual values) will fall over the next few years, so they’ll reduce the RVs they put into their lease calculations which will lead to an increase in lease rentals. And that’s even before any increase in interest rates, which would hike up lease rentals even more.

The government may well take the opportunity to try to raise more from the taxation of business cars. It’s difficult to see how they might do this because they announce Benefit-in-Kind tax rates, etc, well in advance, to give drivers the ability to choose new company cars knowing how much tax they are going to be paying over the life of the car.

What should fleet managers be doing now?

First, accept the fact that those budgets you set last autumn may well no longer be achievable unless you do something. Costs are likely to rise in the short term.

If you are in a business that is likely to be harmed when the UK leaves the EU, and you are likely to see a reduction in headcount soon, now might be a good time to start planning for this. If you are likely to need fewer cars there is no point buying new ones now or tying the company into a new three or four year lease deal. Have a look instead at holding onto cars for a few months longer, until things have become clearer. And now might be the ideal time to put more flexibility into your fleet by talking to your leasing company about mini-leases; 3-18 month leases that don’t tie you into a long term commitment.

If your annual fuel bill for motoring is large, now would be an excellent time to look at how this can be reduced. How about changing your fuel cards to a card that can only be used at supermarkets? Or introducing telematics to get tighter control on mileage claims? Or doing away with offering free private fuel to your employees, something you should probably have done years ago? Or looking at the fuel economy of each of your cars and trying to identify where heavy-footed drivers are costing you money? You can get 10% more mpg out of most cars by driving gently rather than aggressive (which is something else that telematics units can help you identify).

Now might also be a good time to see whether some of your drivers might be better off in electric cars. If they are doing a lot of short journeys in urban areas, the fuel cost saving over the life of the vehicle can outweigh the additional amount you will spend on buying the car.

Now might also be a good time to review the way you fund your vehicles.

Whilst contract hire has been the most popular form of vehicle finance for years, it doesn’t work for all businesses or for all cars, and there are some real savings available by doing a detailed analysis of the costs and benefits of other forms of finance. Have a look at employee car ownership schemes. These can deliver real savings, though they are definitely much more complex than conventional finance schemes.

If you’ve not done so recently, have a look at the cars that you make available to your employees. 110g/km should be the upper limit if you want to save tax and National Insurance. Don’t automatically go for diesels. These have been the backbone of car fleets for more than a decade but some of the lighter petrol-engined models are now superb, offering great performance, low CO2 and low tax and national insurance bills.

And finally, if your fleet arrangements have remained unchanged for years – same car policy, same leasing company, same cars, insurance arrangements, etc – now would be a good time to carry out a holistic review to see how you can reduce your costs, emissions, mileage, accidents, tax burden and national insurance without negatively impacting on your business operations.

The tectonic plates are shifting: now is the time to act.