Two families involved in Brake’s Roads to Justice campaign will submit two Change.org petitions, both of which have reached 100,000 signatures, to Downing Street on 27 October. 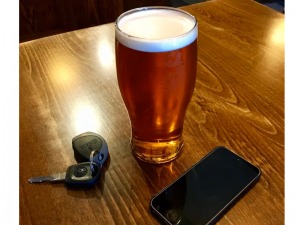 At present almost half of drivers convicted of killing are not jailed at all.

Miriam Briddon, a 21-year-old university student, was killed when a drunk driver veered onto her side of the road. The driver was charged with causing death by careless driving while under the influence of alcohol. He was jailed for five years, and will serve two and a half years in prison.

Robert  Allaway was killed by a drink-driver while riding his motorbike in the Yorkshire Dales. The driver was two and a half times over the legal blood-alcohol limit and on the wrong side of the road. He was jailed for four years and six months, but is expected to be released in two and a half years.

Gary Rae, director of communications and campaigns for Brake, said: “The petition handover shows that the public are behind us, with both petitions gaining a huge amount of support. The Prime Minister has already told us we will be getting a review into criminal driving this year. Her government must now give us a definite timetable for action to avoid any more families suffering terrible injustices.”

A Brake survey conducted in July 2016 found that 91% of people questioned agreed that drivers on drink or drugs who kill should be charged with manslaughter, which carries a possible life sentence.

At present almost half of drivers convicted of killing are not jailed at all. The average prison sentence for a driver who has killed someone is less than four years.