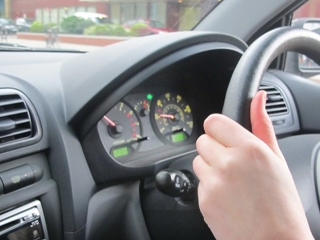 In a new report published with Licence Bureau, Brake is appealing to employers to follow best practice advice and implement the latest safety technology suitable for their vehicles, to protect other road users and deliver the business benefits of reduced crashes, bumps and scrapes and lower insurance premiums.

Alcohol interlocks are present in very few fleets and only two (2%) had them on an vehicles. Fatigue sensors are present on 20 fleets (18%).

There was a lot of variation in the presence of different types of technology on car fleets. The majority have reversing sensors (86%) and/or adaptive headlight systems (70%) on at least some of their cars although mostly not on all their cars.

Lane departure sensors were less common. Reflective markings were present in only 30% of car fleets.

The report highlights the negative impact of certain forms of technology, particularly the worrying prevalence of hands-free mobile phone kits in employer vehicles.

The road safety charity’s research has found that hands-free kits are present in four in five (80%) cars fleets surveyed. In contrast, only 4% of employers make use of apps that prevent mobile phone use behind the wheel. Brake warns that using a mobile at the wheel, even with a hands-free kit, has a similar effect on reactions to drink driving, and makes you four times more likely to be in a crash that causes injury.

The report also indicates that while safety management technologies such as telematics are becoming widespread, there is scope for employers with fleets of all vehicle types to make far greater use of them. Half of operators surveyed (49%) do not use telematics at all, and many of those who do report not making full use of their systems. Brake is highlighting that while there is an initial cost for such measures, effective safety technology like telematics pays for itself through reduced incidents and insurance premiums: many report recouping costs within a year and seeing long-term gains.

Dr Tom Fisher, senior research and communications officer at Brake, said: “Employers whose staff drive for work have a duty of care both to their own employees and other road users. While not a panacea, technology can play a big part in helping them improve safety and exercise that duty, so it is disappointing to see that so many are not taking full advantage of new safety technologies on offer.”

Les Owen, compliance consultant at Licence Bureau, added: “Implementing good policies, which are reviewed with drivers to provide learning opportunities and reminders of company objectives, is good practice. Writing a policy and not doing anything with it is just as bad as not having one.”